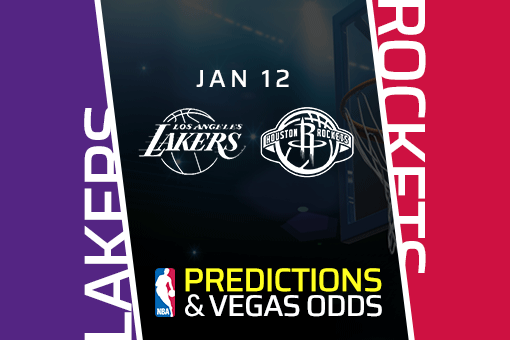 Lakers and the Rockers clash this Tuesday in the second of their back-to-back matches at Toyota Center. The first part of this matchup saw the reigning champs defeating the hosts, who looked pale and without any chance of hurting the rivals.

It is yet another big disappointment for James Harden, who, as time goes by, seems to be more and more interested in finding another team. It is now more than evident that the Rockets are not a championship-worthy team.

Frank Vogel’s guys are 8-3 at the moment with four wins in the past five games, playing very “fluid,” as one of the notable experts stated. Fluid in terms of being able to adjust to the rivals’ style and finding a weak spot that would later be exploited.

The first match against the Rockets saw LAL sweeping the opponents in the second period, outscoring the hosts, 40-25. The champs already had 19 points of advantage at the break, and continued to play at the same rhythm after the pause, not allowing Houston to even think about coming back into the match.

Rockets at a Crossroad

To be honest, the Rockets’ management needs to sit down and see how to deal with James Harden’s situation. Otherwise, a long and frustrating season is ahead of them. The sooner Houston resolves this matter, the more time they have for creating chemistry and a competitive team.

With Wall, Wood, and Cousins, Rockets’ foundations are good, all they need to see is how to use them properly. And to decide, they will play with or without the Beard, whose numbers are not as before but still very high. He averages 26 points per game with 11 assists and 4.9 boards.

He had just 20 against the Lakers, while John Wall scored 14 with 10 assists. Christian Wood was at his usual level with 23 points, shooting 10-for-20 from the field. He could really become the Rockets’ new weapon, making their attack more diverse and lethal, which wasn’t the case in the last year or two.

Lakers vs Rockets Head to Head

The two sides met in the Western Conference semifinals last season, in the Orlando bubble. After losing the opening game of the series, the Lakers went on to win four in a row, and easily handle the Rockets. The one from two days ago ended 120-102 for the LAL.

Lakers at Rockets Pick and Prediction

The 3-8 Houston is not looking well at all, which is why the Lakers shouldn’t have any trouble beating them on Tuesday night. They don’t have the player who could stop Anthony Davis, nor the defensive consistency to stop the Lakers in the positional attack. To be clear here, any other outcome than the LAL winning would be a big surprise.