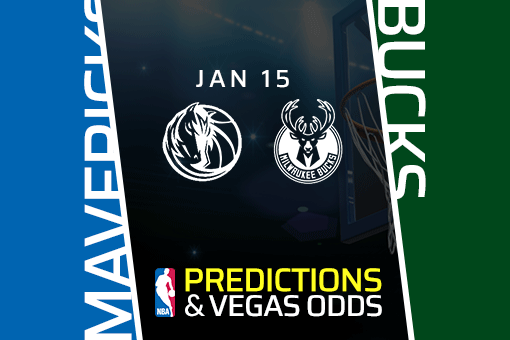 The Milwaukee Bucks are building momentum in the Eastern Conference, and they will be looking to go above the Boston Celtics this week with a win at home against the Dallas Mavericks.

The Bucks were considered to be the leading chance in the East this season, and they are just now showing signs why they are so highly regarded. It had been a slightly sticky start to the new NBA season for the Bucks, as they had lost four times already this season. Their form away from Fiserv Forum was concerning, and remains a worry, as they have lost three of their five games on the road. However, with home court advantage it has been a different story for the Bucks so far this season.

They have won five of the six games played with home court advantage, with their most recent win coming against the Cleveland Cavaliers. The Bucks made it two wins on the bounce with a follow-up win against the Orlando Magic. Giannis Antetokounmpo top-scored for the Bucks with 22 points, six rebounds and four assists in the 121-99 victory. Khris Middleton and Bobby Portis also scored 20 points apiece in that success. Milwaukee were dominant in the field, as they scored on half of their attempts, and successfully scored 16 of their 20 free throws.

The Bucks will be coming up against a franchise that is in the best possible condition on Thursday, as the Mavericks are hitting their best form of the season. Dallas have won their last three, which has moved them up to seventh in the Western Conference. They have registered three wins from six away from home this season, with the most recent coming in an overtime success against the Denver Nuggets. The Mavericks made it three wins on the bounce against the Orlando Magic over the weekend, as they claimed the 112-98 victory.

Tim Hardaway Jr was excellent in that win, as he scored 36 points in the 40 minutes that he spent on the court. Meanwhile, Luka Doncic recorded a triple-double with 20 points, eleven rebounds and ten assists. Trey Burke added 29 points for the Mavericks in an excellent team win at the American Airlines Center.

Bucks vs Mavericks Head to Head

The Mavericks have enjoyed success against the Bucks over recent years, as they have won the last two meetings. Their most recent victory was at home, as they won 136-132 in overtime. Milwaukee’s last win against Dallas came in February 2019, which was also their third win in a row against the Mavericks.

This will be an exciting match-up between two offences that are renowned for their consistent scoring. The Bucks should have enough to get the win, but the over/under market for total points in the game could be the most intriguing market for bettors.