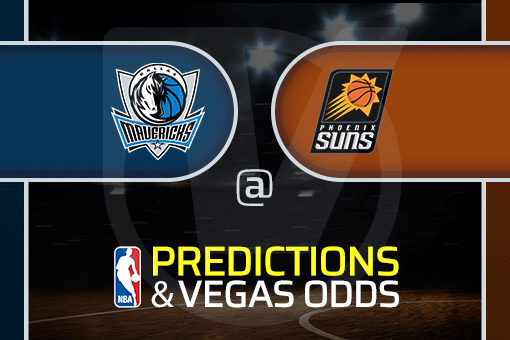 If you’re in search of the latest NBA betting odds and Mavericks vs Suns prediction, look no further because Vegas Odds has you covered.

The Mavericks have struggled in January while the Suns have somehow won four games in a row coming into this contest.

These two teams are in different directions at the moment. Despite monster play from Luka Doncic all year long (he’s an MVP candidate), Dallas has gone just 3-8 in January and dropped two straight coming into the game with Phoenix.

Luka Doncic has 29 or more in each of the last four games, including three double-doubles and a 41-point outing against the Washington Wizards on Tuesday night in a one-point loss.

If the Mavs don’t get Luka some help at the NBA Trade Deadline, it’s going to be a rough rest of the season for Dallas.

The Suns started January losing seven of eight but then turned it around with four straight wins, including victories over Memphis, Brooklyn, and Indiana.

The Suns just blew out the Hornets by 31 and didn’t have Deandre Ayton, although Chris Paul played his second game since January 7.

Chris Paul has back-to-back double-doubles since returning from injury, and Ayton should be good to go for this game after missing the Hornets game with an illness.

This is a tough game to predict, especially with both teams having confusing months. Ayton should be good to go for this one, which is good news for Phoenix. However, the Suns did beat Dallas in the first game of the year, although Devin Booker scored 28 points in the victory.

Nobody can stop Luka Doncic, and there’s a chance he puts up another 40-plus points in this game. Dallas gets the win, although it’s awfully close.