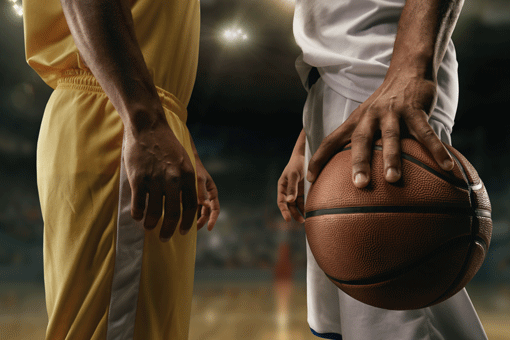 As the NBA 2020-2021 season nears the All-Star Break, there have been players that have stepped up this season. Three of the five candidates are averaging 30+ ppg.

Some names are not all that surprising as MVP candidates. The question is: where do they rank? Without further ado, here is my ranking of the MVP candidates so far:

Jokic is currently averaging 26.6 ppg and 11.3 rebounds/gm, which places him in the top ten in each category this season. However, the one stat that you will not see in the box score that is important: win shares.

This is a player statistic that tries to split up recognition for team success to the players on the team.

The key concept to note is that the overall amount of player win shares on a certain team will be in the area equal to that team’s win total for the season.

You are wondering why I spent time outlining what win shares are. Jokic leads the NBA in that stat with 6.6. Even with PG Jamal Murray, Jokic is a major reason for the Nuggets’ on-court success this season. FYI: Jokic has 51 steals (2nd in the NBA).

At this point, there is no disputing that Lillard is one of the most clutch players in the NBA. Looking at the Clutch Time stats, which is the final five minutes of games separated by five points or fewer, it explains why most people, myself included, call it Dame Time.

Nonetheless, do not fret Dame fans because the year PG Russell Westbrook won MVP back in 2017, he was not an All-Star starter.

Steph Curry is the Flex Seal holding this team together. His value is more so based on the lack of depth behind and the roster overall. Throw in that Klay Thompson is out and Draymond Green is there, he is more valuable than ever. Fun fact: since 2016-2017, the Warriors are 38-70 without him on the court.

Let me start by saying that the 76ers should have traded Embiid for Buddy Hield and a bunch of draft picks. Now, I have cheesesteaks all over my face. He is averaging 30.3 ppg, 2nd behind the Wizards’ Bradley Beal (32.9).

I am impressed because you rarely see it. After all, the dominance of the five has transitioned out to the perimeter.

The biggest advantage that Embiid has is that he plays in the East and has Doc Rivers as his head coach. He is running this team through Embiid as their 3-pt attempt rate is 27th in the NBA.

No big surprise in my opinion because, at 36 years old, he is still averaging over 25 ppg, 8 rebounds, and 8 assists. Furthermore, James is playing the 4th most minutes (1,077) in the NBA.

With Davis expected to be out at least another month, remember win shares? James is 2nd with 2.0 defensive win shares.

Expect the King to push his way towards his fifth MVP award while getting the Lakers in playoff position.