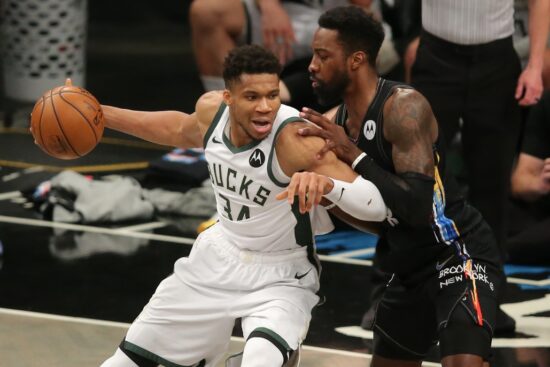 We are halfway through the NBA season, and the MVP race is becoming more and more interesting. We’ve seen some changes atop the favorites’ list, and Steph Curry is no longer the biggest favorite for clinching the award.

Giannis and Embiid, Even With Steph

A month ago, many predicted that the MVP race would be over soon. Steph was unreal, breaking all sorts of records, the biggest one Ray Allen’s three-point made shots. But suddenly, the two-time winner of this award slowed down, as well as his Warriors.

We’ve seen his shooting percentages severely going down, and over the latest ten events, he scores only 21.8 points, with 30.2% of made three-point attempts. He had a few disastrous games with ten or more missed downtown attempts.

Meanwhile, Giannis and Embiid are accelerating, and that especially goes for Embiid, who is on one unreal run that saw him dropping 30 or more points in 16 of the last 18 games. The Process has 35.2 per night in the previous ten appearances, with 11 boards and all that in 31.7 minutes.

His 76ers are 7-3 during this stretch, improving up to sixth place in the East.

As for Giannis, he pumped up the volume as well, scoring 31.3 points in the most recent eight contests with 10.4 boards and 6.4 dimes. His Bucks are only 5-5 over the last 10, but still close to the top spot in the conference.

Not only are Jamal Murray and Michael Porter Jr. out, probably for the season, but the Nuggets had several other players absent in the last few weeks. Michael Malone’s unit is sixth in the West, with seven wins and three losses during the past 10 games, and all that because of Jokic.

The reigning MVP has the best PER rating in the NBA and isn’t slowing down with his miraculous stats. He recently became the first player in the game’s history with 5,000 boards and 3,000 assists within the first 500 appearances.

We are more than sure that if it weren’t for Jokic, the Nuggets would be the last team in the West, probably the entire NBA.

The Grizzlies are the biggest and the most positive surprise this year. They may not take the first seed in the West, but the second one could be reachable, which nobody expected before the campaign began.

Morant is already in talks for winning the Most Improved Player of the Year award, and he is the fifth in the MVP race, and may we add, that he completely deserved that.

Ja posts 25.3 points per event, has 6.9 assists and 6 boards, and is highly fun to watch. He is arguably the most entertaining player in the NBA, with all of his spectacular dunks and blocks that define gravity. So, if he too turns up the volume until the end of the campaign, we just might see the youngster making a breakthrough.