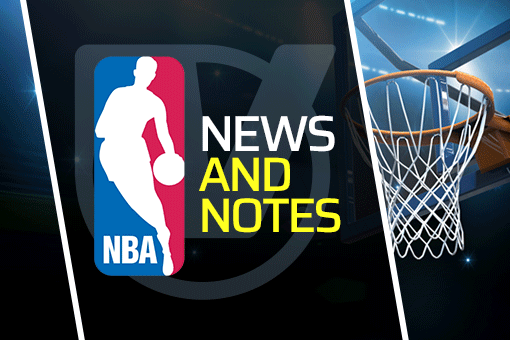 As the playoff approaches, the tension in the NBA becomes much higher. This Wednesday night, we saw several results that might have a big impact on the final standings.

Bucks Survive the Gunfight Against the Wizards

Do know that the Washington Wizards are going to be a problem regardless of their opponents in the play-in tournament. At the moment, they are arguably the hottest team in the league, even though losing in Milwaukee.

In certain situations, they didn’t have any luck, while on the other side, the Bucks were in the best shape during the critical stretches, which is why they posted a 135-134 victory.

Donte DiVincenzo, Pat Connaughton, and Jrue Holiday scored 13 threes combined, with the first two having one of the best offensive performances of the entire year. DiVincenzo had 19 points, Connaughton 16.

Holiday had a team-high 29, while Giannis recorded an all-around game, 23 buckets, nine boards, and eight assists.

Meanwhile, Bradley Beal scored 42 points, and Russell Westbrook had 29 with 17 assists and 12 rebounds. Unlike before, there was no help from the bench, and the franchise from DC narrowly lost.

Utah Back on Top

The Suns were demolished in Atlanta. This was utilized by the Utah Jazz, who were better than the Spurs, bouncing back at the West’s and the league’s top position. The gap between the two sides is just half a game.

Jazz trounced Gregg Popovich’s unit, 126-94, and everything was pretty much obvious at the break, with the home team having a 66-42 lead. Donovan Mitchell didn’t play, but Jordan Clarkson took his duties, dropping 30 points in 25 minutes, 12-for-16 from the field. Bojan Bogdanovic had 24 points. Apart from Luka Samanic, who had 15 points for San Antonio, all other players were pretty pale.

The Hawks were equally superior against the Suns, 135-103, having a balanced attack that crushed the guests from Phoenix. Clint Capela had 18 points and 10 rebounds, while four players added 16 points, Bogdanovic, Lou Williams, Gallinari, and Young.

Devin Booker was the only bright spot in the Suns with 30 points, keeping his average as usual.

Morant and Edwards Amaze Everyone

Memphis Grizzlies were better than the Minnesota Timberwolves, 139-135. The fans had the opportunity to see the league’s future with Ja Morant and Anthony Edwards putting up a great show.

The Grizzlies’ playmaker had 37 points and 10 assists, while this year’s No.1 pick, Edwards, poured 42, missing just one of his nine three-point attempts.

Jokic Closer and Closer to the MVP Honors

The Nuggets were harassing the Knicks, but eventually, the guests from the Big Apple made their loss bearable, 113-97. Nikola Jokic was playing alone in the first period, having 24 points in the opening 12 minutes. Eventually, the biggest MVP candidate had 32 points with 12 boards and 6 assists.

Boston was better than the Magic in Orlando, 132-96; Portland played similarly in Cleveland, 141-105. Sacramento used all the problems in Indiana, beating the Pacers on the road, 104-93, and the Philadelphia 76ers easily routed the Rockets in Houston, 135-115.