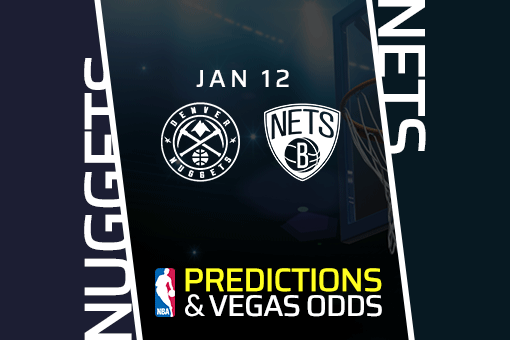 Denver Nuggets continue their East Conference tour, this time visiting the Brooklyn Nets. Jokic and his crew found some consistency lately following a pretty poor start, recording several wins. Though, they are still far away from expected. On the other side, the Nets are experiencing troubles with Kyrie Irving’s attitude.

Uncle Drew is known for his, sometimes reckless, behavior, and it seems that we witness one of those episodes right now. Nets’ head coach, Steve Nash is not happy at all, and we’ll see Kevin Durant’s reaction to all this pretty soon.

Consistency On Sight For Denver

Three wins in the last four events are encouraging for Mike Malone’s side. After a very bad start of the year, the West Conference’s runners-up are now 5-5, which is under expectations, but much better than it used to be a few days ago.

What worries Denver’s fans is that their wins haven’t come against top NBA teams, but rather mediocre ones. The Rockets were without several players once Nuggets beat them, and the win vs. 76ers was against the guys who wouldn’t play too much if the situation was normal.

Jamal Murray’s stats this year are worrying as well, as the 23-year old shooting guard posts 19.7 points per night with just 3.8 assists and 3.2 rebounds, way below the projected numbers.

Michael Porter Jr. is still out due to COVID-19 protocol, and it is expected to stay like that for at least one week.

What’s Up With Kyrie?

Irving stated that he couldn’t play due to personal reasons, and he missed three matches so far. According to Kevin Durant’s words, the team is behind their point guard 100%, but we didn’t get that impression once Steve Nash explained Irving’s absence in the first game.

The Nets are under .500, with five triumphs and six defeats, losing the latest two matches. The first was in Memphis against the Grizzlies, 115-110, and the second at home, to the rebuilding Oklahoma City Thunder, 129-116.

Kevin Durant is at his usual level, and it seems that Caris LeVert is slowly stepping up to help him. He had a scoring burst in Tennessee, pouring 43 points, which might be an indication of his further improvement. What is very important for the Nets, is that he takes a massive part in organizing the game, being the best assistant in the previous three contests. LeVert scores 18.4 points per night, adding 6 dimes and 4.3 rebounds.

Nuggets vs Nets Head to Head

Both the Nuggets and the Nets defended their respective courts during the previous campaign, winning one game each.

Nuggets at Nets Pick and Prediction

The Nuggets are on the rise, and despite them defeating the “weaker” teams, right now, they seem more confident and better than the hosts who are dealing with difficulties surrounding Kyrie’s actions. The Nets have just Durant and LeVert, able of making some damage in the attack, while Nuggets’ offensive arsenal appears more versatile. It is the only reason we give Mike Malone’s team an edge.