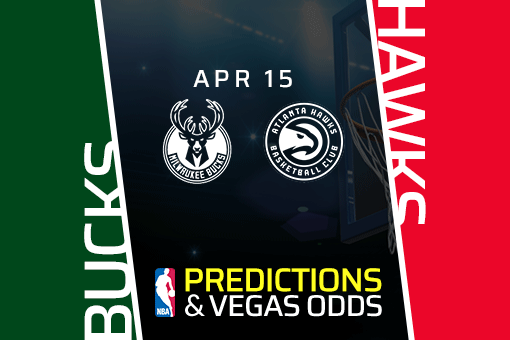 The Milwaukee Bucks and the Atlanta Hawks, two of the strongest teams in the Eastern Conference, face off on Thursday night. Trae Young and the Atlanta Hawks are coming off two big wins against the Charlotte Hornets and the Toronto Raptors. These two teams are very similar, both in offensive firepower and rebounding.

With the Bucks being ranked as the highest-scoring offense in the NBA, Atlanta will have their work cut out for them on Thursday. They might catch a lucky break, though, considering that Giannis Antetokounmpo is still listed as “Questionable.”

Most importantly, who should you be placing your money on in this match between titans. Let’s look at some key details before you make your decision.

Milwaukee Bucks look to shake off the streaking Atlanta Hawks

After a dominating win over the Minnesota Timberwolves, the Bucks look to get back to business on Thursday night against a team right on their trail. Milwaukee hasn’t been able to shake the Atlanta Hawks, who have made a name for themselves in the East.

The Bucks possess the highest-scoring offense in the league averaging 119.0 points per game. However, they have holes on defense the Hawks will try to exploit. They also could potentially be missing Giannis Antetokounmpo, so keep that in mind when making your selection.

After taking down Toronto, Trae Young has his eyes set on Milwaukee

The Atlanta Hawks have been incredible over their last three games, taking down the Chicago Bulls, the Charlotte Hornets, and the Toronto Raptors. Although those aren’t the strongest teams in the NBA, Atlanta has been consistent over their last ten games, going 7-3.

The last time the Hawks faced the Bucks was in late January of 2021, a game in which the Hawks lost 129-115. Atlanta will look to rewrite the story on Thursday the only problem is the injuries to the Hawks roster.

Atlanta has been a trustworthy team against the spread with an overall record of 30-24-1. However, their record as an underdog is an embarrassing 11-16. They come into Thursday’s game as 6.5-point underdogs, so carefully consider taking the Hawks here.

The Milwaukee Bucks have an overwhelming offense and incredible rebounding. With the presence of Giannis Antetokounmpo dominating the inside, Atlanta doesn’t stand much of a chance here. Look for the Bucks to secure a rare ATS win on the road.