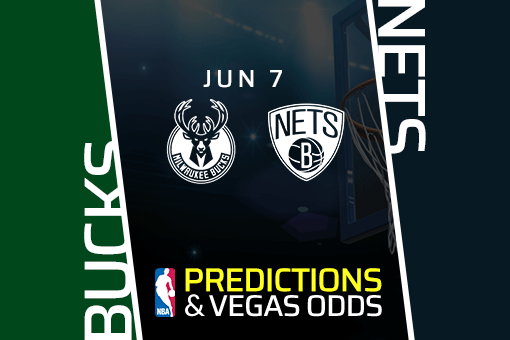 The Nets recovered from the initial shock of losing James Harden and overcame that successfully. Will they be able to repeat that in Game 2? We’ll see that tonight.

On the other hand, the Bucks had time to adjust to the new circumstances and make a strategy on how to stop two instead of three megastars.

Even though they lost the first match, the Bucks now have a chance to erase that and go back home with a home-court advantage. Mike Budenhilzer doesn’t have to prepare tactics for James Harden anymore, and Beard was the motor of this unit once on the floor. And he had two days to come up with some new defensive scheme.

Giannis was doing well in the opening match – 34 points, 11 boards, 16 hits in 24 attempts. Brook Lopez added 19, and Jrue Holiday scored 17. All in all, these numbers are great. However, the one guy who failed to play at his usual level was Khris Middleton.

Middleton delivered only 13 buckets while shooting 6-for-23 from the floor. He did catch 13 rebounds, but to be honest, that isn’t his part of the job. He is the No.2 offensive weapon on the team.

Time For Others To Step Up

The Beard is out, which is a huge handicap. Not only because of scoring or the offensive tactics, but because of playmaking as well. Since arriving in Brooklyn, one of the most lethal shooting guards in the league became a fantastic point guard.

With him out of the picture, everything changes for the Nets. Certain adjustments need to be made, and to have that, players besides Durant and Irving have to be at their top level. Steve Nash doesn’t have too many options right now, and each player has to take his part of the burden.

Game 1 showed how it should be done. Blake Griffin had 19 points and 14 boards, Joe Harris scored 18 with five threes, stretching the defense perfectly, while Mike James came off the bench to add 12 buckets and add some energy.

Brooklyn won the opening game of the series, 115-107, thus posting its second victory against the Bucks, including the regular part of the campaign. Milwaukee has two wins as well.

The line for the total number of points is 233.5. After Game 1, and the recent development with Harden, we found that to be too high and predict Under. Brooklyn’s efficiency will no doubt take some hit without Harden on board, and on the other hand, we aren’t that sure how Milwaukee will respond. So, Under is our pick here.