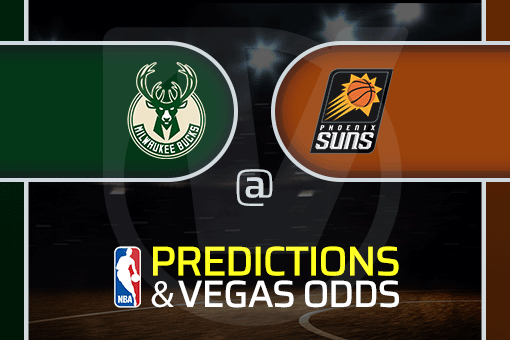 Bucks Look to Even Series

The Milwaukee Bucks got a pleasant surprise ahead of Game 1 of the NBA Finals when Giannis Antetokounmpo went from doubtful to active for that game. Unfortunately for the Bucks, Giannis’ presence didn’t matter in the end, as the Bucks lost the series opener by 13 points even with him out there. Giannis scored 20 points and grabbed 17 rebounds but will need to contribute more for the Bucks to level the series in Game 2.

Concerning the Bucks has to be the fact that they were better than the Suns from three-point range and still weren’t able to win. Milwaukee scored 15 more points than the Suns from distance, making 16 threes in Game 1. If the Bucks aren’t able to sustain that level of three-point shooting, they may not be able to hang with the Suns during the games of this series held in Phoenix.

Suns Getting Production from Everywhere

For the Phoenix Suns, the story of this postseason has been balanced scoring, as they have had several contributors beyond Chris Paul, DeAndre Ayton, and Devin Booker. That was the case yet again in Game 1 of the NBA Finals, as six members of the Suns scored in double figures in the winning effort. Among those six players were Cam Payne and Cameron Johnson, who each scored 10 points off the bench.

If Phoenix can keep getting to the free-throw line the way they did in Game 1, they have a great chance of winning again in Game 2. Phoenix shot 26 free throws in the opening game of the Finals, making 25 of them. Of those 26 free throws, 20 of them came from Booker, Ayton, and Paul, who are unlikely to remove their foot from the gas pedal on the offensive end of the floor.

It is likely that Giannis Antetokounmpo has a better offensive performance in Game 2 than he did in Game 1. But it is also likely that the Bucks don’t see the same production from the three-point line than they did in the first game of the Finals. Expect the Suns to continue to attack the Bucks with a variety of weapons and to take a 2-0 lead before the series shifts to Milwaukee.