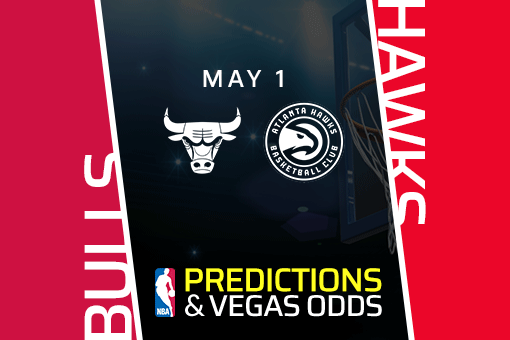 The Atlanta Hawks faced some injuries that slowed down their excellent pace. Currently, Nate McMillan’s side is desperately battling to preserve the spot that leads directly into the playoffs and avoid a play-in tournament.

On the other side, the Bulls hope to reach 10th place, the last one that leads to the play-in tournament, but the way they play right now, that won’t be possible.

To be honest, we’ve expected more from the Bulls this year. At least to be among eight teams in the East. At one point, that looked pretty certain, but their drop in the second part of the campaign has been enormous, and the consequences of the same are now obvious.

In the previous 13 games, they have just four wins, but what is pretty astonishing is that the Bulls have a better record in recent times without Zach LaVine in the team. It seems that the partnership between him and Nikola Vucevic needs to polish a little bit longer than expected.

Against the Bucks, Chicago lost 108-98, with Coby White scoring 21 points. More was expected from him, too, especially after a superb rookie campaign. White currently averages just 14.7 points with 4.6 assists and 4.1 boards, much below the pre-season projections. Vucevic had 17 points and 15 boards, but with just seven hits in 27 tries.

At first Trae Young got injured, then Clint Capela, and now Bogdan Bogdanovic. Plus, there were all sorts of minor problems for McMillan in the meantime. As a result, the Hawks lost to Pistons and 76ers twice in a row, despite having most of the players at their disposal in the latest match.

Philly was routine last night, 126-104, mostly because of the superb second period, in which they outscored Philly 42-20. Atlanta wasn’t able to defend Embiid and the rest of the guys inside the paint, allowing 68 points while on the other side scoring 42.

Trae had 32 points but lousy four assists. Danilo Gallinari scored 16 points, and Capela had 11 with 15 boards. Onyeka Okongwu scored 12 off the bench.

Bulls vs Hawks Head to Head

The Hawks were better in both previous games. On the opening night of the campaign, Atlanta won 124-104. Some three weeks ago, the Hawks posted another victory, 120-108.

Bulls vs Hawks Prediction and Pick

This is a perfect chance for the Hawks to stop the cold streak and post a big win that would give them a breath of fresh air in the playoff battle. Chicago struggles a lot recently. Their performances haven’t been promising at all, as it seems that Vucevic is yet to create chemistry with the rest of the team. Therefore, our prediction here is Atlanta to notch an easy victory.