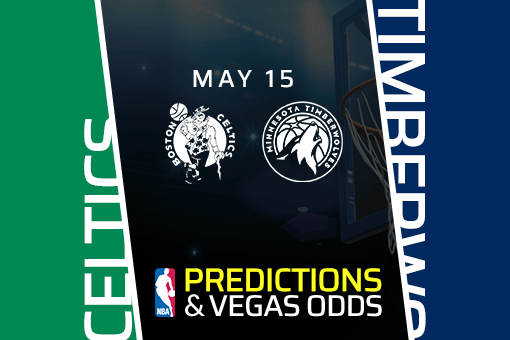 The Boston Celtics are heading for the Eastern Conference play-in tournament, while the Minnesota Timberwolves will see their season end this weekend. Minnesota comes into this game playing better basketball than Boston at the moment. With injuries hindering the performance of the Celtics, this game may be tougher for them than one would expect.

The Boston Celtics have not lived up to expectations this season, as they are guaranteed to be in the seven-versus-eight play-in round after the regular season concludes. And with Jaylen Brown set to miss the remainder of the season for the Celtics, the focus of Brad Stevens’ team has turned toward remaining healthy before the playoffs get started. Judging by the players listed on the Celtics’ injury report heading into Saturday, health appears to be the sole focus of the team.

Kemba Walker, Tristan Thompson, and Marcus Smart are all set to miss this game for the Celtics in addition to Brown. Jayson Tatum should play despite appearing on the injury report, but he will be largely on his own without any other stars to back him up. Against a Timberwolves team that has taken the end of this regular season seriously, that could spell a rough day for the seventh-place Celtics.

The Minnesota Timberwolves deserve a lot of credit for the way they have handled the end of the regular season. Eliminated from playoff contention, the Wolves have won six of their last 10 games. While other teams that are out of the playoff hunt have been sitting players in an attempt to earn the best possible draft pick, Minnesota has been intent on building some momentum with their current roster for next season.

Anthony Edwards, Karl-Anthony Towns and D’Angelo Russell combined for 66 points in their last game against the Denver Nuggets in a losing effort. But the fact that Minnesota is playing all three of them at this stage of the year suggests that they are looking to build around these three players. Against an undermanned Celtics team, the cohesion they have been building could pay off with another victory.

The Boston Celtics have no reason to give this game their full and undivided attention, and their injury report suggests they will not be the more motivated side here. Expect the Timberwolves to pick up a win at home as they close out their season this weekend. And expect the Celtics to come out with a stronger lineup when they participate in the play-in tournament.