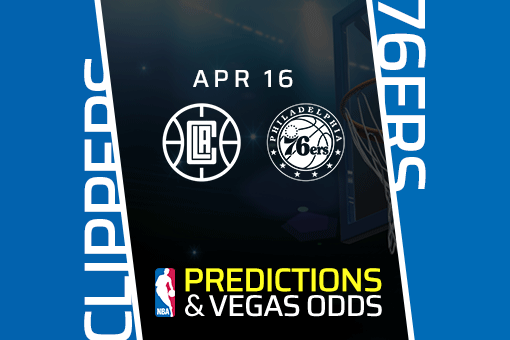 The Los Angeles Clippers will put their 7-game win streak on the line in a tough test as they visit the Philadelphia 76ers. The Sixers have not only won three in a row in their own rights, but are also the second best team in the NBA at defending their home court, going 21-5 at the Wells Fargo Center this year. Oddsmakers still have Philly as just -2.5 favorites in this spot.

Clippers Have Been Impressive

What’s most astonishing about L.A’s recent run is that they’ve won the last four without the services of Kawhi Leonard, who is questionable on Friday night with a foot injury. Leonard had gone for 27+ in three of five games prior to getting hurt, and had also grabbed double digit rebounds in three of four.

While Leonard’s status for Philadelphia is uncertain, the team is expected to get Paul George and Marcus Morris back, as both sat out on the back to back on Wednesday. Getting George in the lineup will be especially huge, as he has 32+ in the last four games he’s played. Morris also has consecutive 20+ point games, and is another big body to bang on the blocks vs. Joel Embiid.

One would think this contest is going to be somewhat of a low scoring affair with Philadelphia being 2nd in the league in defensive efficiency and the Clippers 10th, but the betting total is up there at 225.5. The Clips’ have allowed 115+ in two of the last three without Leonard in the lineup, and that has come against Indiana and Detroit who are not known for their scoring. That total may point to Leonard sitting yet again.

Philly Defense Has Been Stifling

The 76ers are 8th in the NBA in allowing 108.5 points per game, but opponents are struggling even to reach that number lately. The Sixers have held four of their last five opponents to 101 points or less, and that includes some decent offenses in Boston, New Orleans, and Dallas.

The key to any Sixers matchup down the stretch is the performance of Joel Embiid, who will have a challenge as the Clippers are 3rd best in the league vs. the C position. Is Embiid transcending matchups right now though? He’s posted 35+ points in 3 of the last 5, but the Clippers have also held four of the last five C’s to 20 points or less.

Doc Rivers could also be missing some of his depth up front on Friday night. Tobias Harris just dumped in 26 vs. the Nets on Wednesday night, but is questionable vs. L.A with a knee injury. Dwight Howard didn’t play vs. Brooklyn and is questionable again also with a knee ailment.

This one would be a lot easier if we knew Leonard’s status, but with how the Clippers play defense against the C position it might not matter if he plays or not.