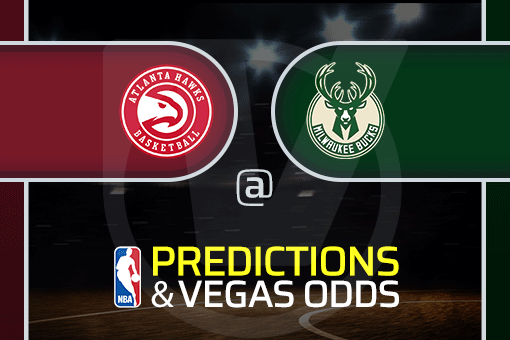 The Bucks are in a challenging situation despite playing at home, as the two-time NBA MVP Giannis Antetokounmpo recovers from a left knee injury and won’t be able to play tonight.

On the other side, the Hawks also have trouble with their leader, Trae Young, who isn’t 100% ready, but might be at Nate McMillan’s disposal.

It’s All on Middleton and Jrue

There was a pattern we mentioned on a few occasions earlier during the playoffs. Once Khris Middleton plays well, the Bucks are winning. As soon as he drops underneath 20 points per game, Milwaukee’s defeat is unavoidable.

In this particular situation, the All-Star forward needs to be at the highest possible level for the Bucks even to stand some chance of beating the Hawks, who showed huge firepower even without Young onboard.

The same goes for Jrue Holiday, who now has to show why many consider him to be among the top five two-way players in the league. Holiday scores just 16.5 points per match in the playoffs, which is a drop compared to the regular part of the season, adding 8.1 assists and 5.3 boards. However, his three-point shooting declined to 28.7%.

Bogi in the Mix

Regardless of Trae Young’s situation, whether he plays with full strength or not, the X-factor in this matchup will be Bogdan Bogdanovic. As soon as Bogi started playing well and hitting three, the Hawks had no trouble whatsoever to beat the Bucks, even without Trae in the lineup.

With 20 points and six threes, Bogi completely disrupted the Bucks’ defense, leaving the space for Lou Williams and the rest of the guys to attack the rim. Clint Capela added 15 points, mostly because of Bogdanovic, do know that.

This is a unique chance for Atlanta to do some big things, and we believe that in order to do so, the Serbian has to be at least at the same level as in Game 4. If he drops 20-25 points, the Hawks’ chances of winning are enormous.

Hawks vs Bucks Prediction and Pick

If Giannis isn’t available, and he shouldn’t be, the Hawks have a massive advantage. Currently, the spread on them is +2, which is a great situation for us, because we believe in their success. With all due respect to all other Milwaukee players, this team is not worthy of winning the conference title without Giannis.