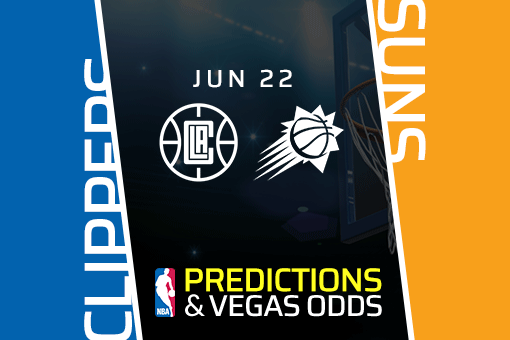 The Los Angeles Clippers and the Phoenix Suns are both missing key players heading into Game 2 of their Western Conference Finals series. But it was the Suns who were able to overcome their missing star en route to a win in Game 1. In Game 2, the Clippers will look to even things up, while the Suns look to take a 2-0 lead and put some space between themselves and their opponents.

The Los Angeles Clippers showed up offensively in Game 1 against the Phoenix Suns, but it was their defense that let them down. The Clippers allowed 120 points for the game, letting the Suns shoot just over 55% from the field in the series-opening game. No player who took more than one shot for the Suns in that game shot under 50% from the field, which must be addressed if the Clippers are to avoid an 0-2 hole.

Ty Lue’s team will also need more offensively from either Marcus Morris or Terance Mann in Game 2 and beyond. After both Morris and Mann put in huge performances to help the Clippers get through the Jazz, they combined for just 15 points against the Suns in Game 1. With Kawhi Leonard out, the Clippers will need Morris or Mann to score in larger numbers to help Paul George and Reggie Jackson.

Suns Rolling With or Without Paul

There were concerns heading into this series about how well the Phoenix Suns would perform without Chris Paul. But the Suns played another excellent game even without their leader, who is out due to health and safety protocols. They made more shots than they missed and showcased more of their trademark balance en route to their series-opening victory.

All five starters for the Suns, including Paul’s replacement in Cam Payne, took 10 or more shots in the game. And all five starters scored in double figures for a Suns team that is so difficult to defend because it is impossible to know who is taking the shots. And with Devin Booker stepping up his usage in Paul’s absence, scoring 40 points in the process, the Suns appear intent on not missing a beat with Paul out.

The Suns are just a better-constructed roster than the Clippers at the moment, which really becomes apparent when the top player on each side is missing. Phoenix has superior scoring depth without Paul than the Clippers have without Leonard. Expect the Suns to use that advantage to win by double figures in Game 2.