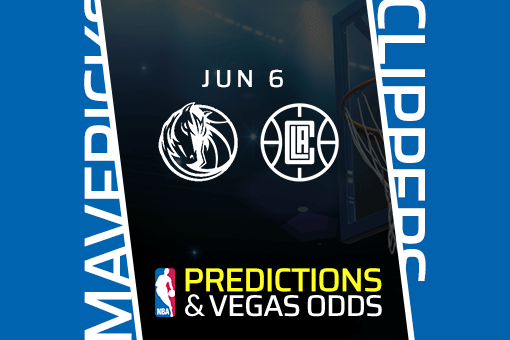 Without any doubt, the most interesting series so far in this playoff is the one between the LA Clippers and the Dallas Mavericks.

Not only that these two sides are about to play Game 7, but they posted wins only on the road, which is something incredibly rare in any professional sport.

Everything Depends on Luka

Doncic has an issue with his neck, earned in Game 4 of the series. However, he did come back after that, showing his greatness in the very next match, but the sources from inside the Mavs’ locker room suggest that he still has certain issues in that region.

Luka scores 34 points per match in the series, with 9.7 assists and eight boards, while shooting 40% from three-point territory and 47.6% overall. Tim Hardaway adds 18 points per game, and Kristaps Porzingis just 12.7. What is even more worrying is that Latvian posts only 4.5 boards.

Boban Marjanovic started in the last two matches, playing 18.5 minutes in each, recording 10.5 points with eight boards. He might be a surprise, but still, everything revolves around Luka here.

This team was created to attack the title. Kawhi’s and George’s arrival was presented as arguably the biggest thing that happened since LeBron switched jerseys, and everyone expected to see the Clips immediately becoming the championship contender. But that didn’t happen.

Last year they lost in the West semis against the Nuggets. This year, Lue’s side is on the brink of elimination in the first round. Now, if they lose tonight’s match, we might see some radical changes in the roster. Some suggest even a breakup of the Kawhi-George duo, and that would be nasty for the Clippers’ fans.

The Claw scored 32.8 points, along with 7.5 boards, while PG scores 23.8 points, 9.5 rebounds, and five assists, but somehow, we can’t escape the feeling that he underachieves a lot in this matchup. Leonard is the man in all the clutch situations, not PG.

The series is tied at 3-3, and counting matches from the regular part of the campaign, the overall score is 5-4 for the Mavericks. They are the only team that managed to post a home win in this matchup (during the regular season).

The Mavs lost the perfect chance to progress to the next stage and are now in a very difficult situation, with the momentum switching onto the Clippers’ side. It is hard to believe that such a tough and experienced team would allow losing this event. As said, they have the momentum, and the home court on their side, which is, in our opinion, enough to beat the Mavs