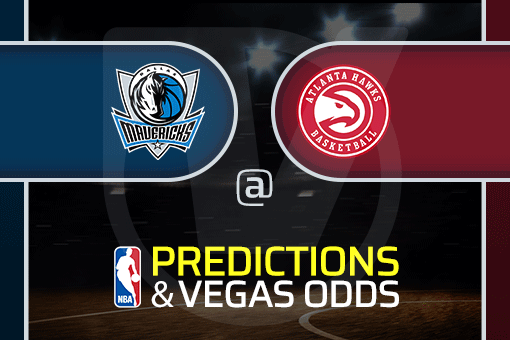 This is the battle of two teams who have super talented youngsters in the leading roles. On one side, we have Luka Doncic, while on the other is Trae Young. Two guys from the same draft class, who were, in fact, traded for one another.

Will Porzingis be Consistent?

The main problem of the Dallas Mavericks is Kristaps Porzingis, whose injuries greatly affect this team’s results. The Latvian big guy is already labeled as “damaged goods.” If he can somehow tough up his body, that would be great for the Mavs, who miss him a lot when he isn’t available.

We already saw that Luka performs miracles on the floor, and that he can’t be stopped once in the zone. And imagine having Porzingins 100% ready. What would that mean for the team?

The Mavs are entering this campaign with all four wins during the preseason. They would beat the Utah Jazz, the LA Clippers, Charlotte Hornets, and the Milwaukee Bucks, who are all playoff teams.

Hawks Going to the Next Level

Nate McMillan led the Hawks to the East Finals last year. Now, despite them still being young, this puts a certain dose of pressure on Atlanta. They won’t be the underdogs anymore, which significantly changes the situation. Just remember that McMillan’s unit didn’t have any All-Star players in 2020.

The Hawks have secured their core during this offseason, signing deals with all the key players in their squad. Therefore, Trae is now safe about his future, and more importantly, he is now the franchise face for the years to come.

Atlanta lost the opening two preseason games, against the Heat and the Cavaliers, but bounced back, defeating the Memphis Grizzlies and the Miami Heat, whom they trashed in the last test before the season, 127-92.

Mavericks vs Hawks Head to Head

This will be a very interesting game to see because of all the talent on both sides, but particularly due to the Luka-Trae clash. When looking at the preseason games, the line for the total number of points (currently set at 225.5) seems too high. Why? Well, the Hawks have a good defense, and the most recent two contests showed that once they limited the Grizzlies and the Heat to 87 and 92 points, respectively. We expect to see Atlanta setting the tone on the floor, and due to that, we predict to see Under.