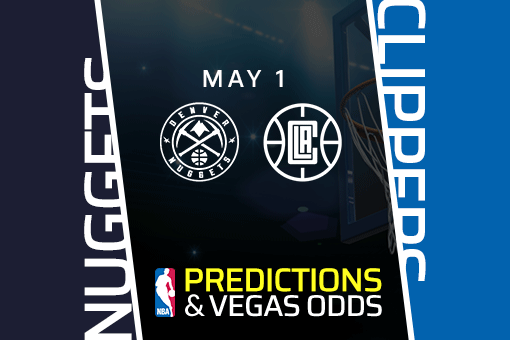 The prevailing thought after Jamal Murray was lost for the season to a knee injury was that the Denver Nuggets would go into a tailspin of sorts. However, that has not been the case, as the Denver Nuggets are putting things together even without their top guard. Having won four straight games, the Nuggets will look to move up in the standings with a win over the Clippers.

A huge reason for the recent success of the Nuggets has been the improved performance of Michael Porter Jr. Porter has seen an increase in workload in Murray’s absence and has been more efficient as a scorer than he was with fewer field goal attempts before the injury. Here, he will likely be guarded by Paul George and will have to pass that test in order to put up big numbers once again.

The more expected source of big numbers for the Nuggets is Nikola Jokic, who has become the overwhelming favorite to win this year’s MVP award. Jokic should have a big game here, as Serge Ibaka is out for the Clippers, and Ivica Zubac is not likely to put up much resistance defensively.

Clippers Health is In Question

While the Denver Nuggets overcome their health concerns, the LA Clippers have had to do the same. Kawhi Leonard has been out of action for Los Angeles, as have Serge Ibaka and Patrick Beverley. Leonard could be returning soon, however, as he is questionable for this matchup with Denver at home.

Leonard’s availability is especially important in this game against the Nuggets. Not only are playoff seeding implications at play, but having an extra wing defender to help cool off the red-hot Porter could make a difference in this game. This may be a game where bettors want to wait to find out about Leonard’s status before making any decisions.

While both of these teams are squads you would not want to see in the postseason, there are injury concerns to consider for this game on both sides. With Kawhi Leonard’s status up in the air, the Nuggets are the better bet, as there is at least a concrete idea as to who is going to play. Expect Jokic to put up big numbers against a less than stellar group of Clipper bigs en route to a victory.