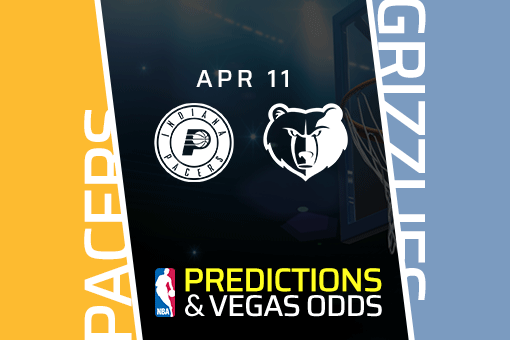 The Memphis Grizzlies finally lost to somebody not named the Jazz, falling 133-129 in OT to the Knicks on Friday. Memphis had won 8 straight prior when not playing Utah, but are still just -2.5 favorites when they host the Indiana Pacers on Sunday night. Indiana has won three of four, but against bottom tier competition which is why this line seems way off.

Indiana Gets First Test in Awhile

You can only beat who is put in front of you, but the Pacers recent wins have come against San Antonio (who is in a free fall), last place Minnesota, and fully depleted Orlando. Not only that, the victories have come in OT vs. the Spurs, by 4 to the Timberwolves, and just 5 vs. the Magic. The Pacers also have a 16 point loss to Chicago mixed in there.

To be fair, Indiana has battled some injuries lately. Malcolm Brogdon returned in Friday’s win after a 4-game absence, Domantas Sabonis missed three games last week, and Myles Turner will miss his 2nd straight game with an ankle injury.

Brogdon and Sabonis will be healthy for Sunday night’s game, and the recent absences have allowed the Pacers to find some depth. The Holiday brothers (Aaron and Justin) combined for 42 points in the win over Minnesota, while TJ McConnell had 19 points and 15 assists vs. the T’Wolves.

Memphis let one get away on Friday night, holding a 13 point lead over the Knicks with roughly six minutes remaining before a late meltdown. A victory could have capped off a 4-0 East Coast road trip, and put the Grizzlies at 9-3 over their last 12 with all three defeats coming against 1st place Utah.

Alas Memphis will have to regroup, and inch closer to getting to .500 at home where they are currently 12-14. Indiana is a good road team (15-12), but being without Turner on the blocks could mean a huge game for Jonas Valanciunas. The Memphis C has a 20 point double-double in two of the last three, and has 10+ rebounds in 25 of the last 26 games.

The big question is if the Grizzlies can get much help elsewhere? The Pacers are 11th in the NBA in defensive efficiency, and rank 11th vs. the PG and 8th vs. the SG. Ja Morant just had 26 points vs. a good Knicks defense though, and had 36 and 32 in a couple of the losses to Utah.

This line is telling a story as it seems like Memphis should be much bigger favorites at home on Sunday night. Valanciunas will almost assuredly get his, but the Pacers also have underrated size of the bench in 6’11, 250 pound Goga Bitazde. With the depth Indiana has shown lately, it looks like the Pacers get this one.