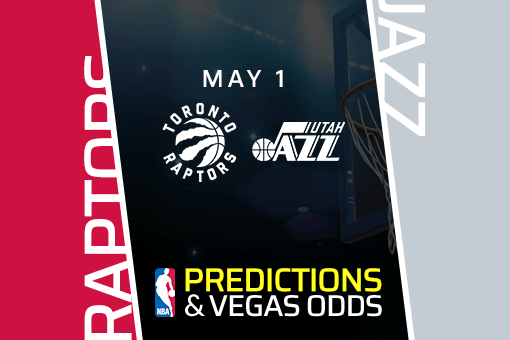 Khem Birch is the big man that Toronto needed all season, really. He’s not only a solid screen-setter like Aron Baynes, but he can finish around the rim and create for teammates. He is a great rim protector and really does all the things that an old-school center would, with a nice outside touch to boot. He and Freddie Gillespie have held the position down for the past several weeks, really having a positive impact.

Utah sits here with a record as good as any NBA team. They are barely ahead of Phoenix for the top spot in an impressive West. The goal will be the same as always, to reach the Finals. And this year marks the first time that the Jazz are a serious threat to do that. A win over Toronto would improve their win total further, with nine games to go. This year, teams are playing 72 games, down from the normal 82.

26-37 is not where the Raptors expected to be at this point. It’s important to keep in mind that they have not been able to actually set foot in Toronto this year. While they will hopefully be able to host games out of their actual home venue next year, Amalie Arena in Tampa Bay has served as home base for the team this year.

There is a good chance that Kyle Lowry leaves in free agency, which would mark the end of an incredible era. Fred VanVleet and Pascal Siakam are locked down for the foreseeable future, while Malachi Flynn could slide in to replace Kyle for the opener. The future for the Raptors, despite a poor record this season, is very bright.

They have a chance for this upset.

Considering that Utah is over 25 games over .500, it has been a brilliant year for the Jazz. As soon as they officially blew the 3-1 lead to Denver in round one last year, the revenge tour would be on. They would not be humiliated again, and they knew that more wins would have to be in store. And they hardly changed the roster.

The only notable offseason move was signing Derrick Favors, who had spent many years in Utah prior to heading to the Pelicans the prior year. They re-signed Jordan Clarkson and got Bojan Bogdanovic back, too. He had missed the bubble with a wrist injury.

They have since brought in Matt Thomas and Ersan Ilyasova to add shooting and depth, but as soon as Donovan Mitchell is healthy, the team will be locked and loaded, gunning for the top seed and a possible NBA title.

The Jazz have looked great all season and have not shown any signs of slowing down as they get ready to head into the playoffs as one of the frontrunners. Look at them to continue their dominance and hold off the Raptors at home, sending them off with a 26-38 record at the end of the night.