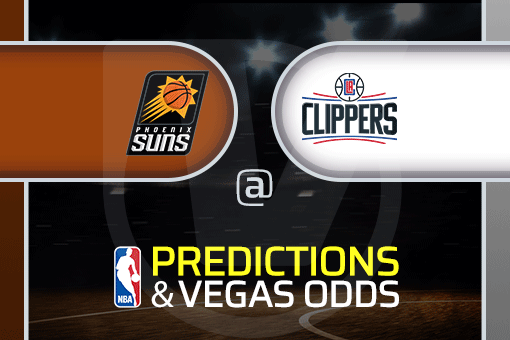 The LA Clippers simply aren’t giving up at any cost this season. They beat the Phoenix Suns in Game 5 of the series and extended their hopes for reaching the playoffs.

Though, Chris Paul and the boys have different plans, meaning that Game 6 in LA tonight should provide a lot of fun.

We need to say a word or two about Patrick Beverly. This guy is arguably one of the biggest villains in the league now, and his presence on the court is very productive for the Clippers. Whether he hurts the rivals physically or plays mind games, Beverly’s influence in the recent games is enormous. He disrupted Devin Booker and Chris Paul with cheap shots, and that is a big deal.

On the other side, we have Paul George, who was doubted by the media and the fans. PG took that as fuel instead of something negative, which is why he destroyed the Suns in Game 5. He dropped 41 points while shooting 75% from the field and added 13 boards and 6 assists.

Ayton is the Key

The Clippers are without Serge Ibaka and will probably be without Ivica Zubac tonight, which means that Deandre Ayton has to step up and be more aggressive. So far in the playoffs, the former No.1 pick had the most important role in all the wins because his dirty work under and around the rim gave freedom to all other players.

In Game 5, Ayton couldn’t adapt to the Clippers’ small-ball lineup, ending the match with just 10 points, far below the expected. He now needs to utilize the physical advantage over the rivals; otherwise, the Suns will be in big trouble without his contribution.

We wanted to add that Crowder and Bridges combined for just 9 points in the previous game, which was also a big factor in the Suns’ defeat.

Suns vs Clippers Head to Head

Suns vs Clippers Prediction and Pick

The bookies suggest that the chances for the win are even, but we believe that the Clippers have slightly better prospects to take this one. The atmosphere in Staples will be electric, and in games like these, that could mean a lot. They are comfortable in situations like this one, and we saw them getting out of the hole a couple of times during the playoffs already.