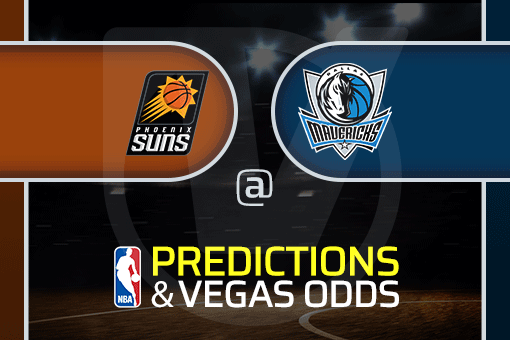 The Mavericks got a much-needed win in Game 3 on Friday. Finally back in Dallas, they knocked off the Suns 103-94. This brought the series back to 2-1 in favor of Phoenix, with an opportunity for the Mavericks to tie it up before heading back on the road for Game 5.

The Suns had some struggles scoring in Game 3. Their level of consistency is a good indication, but Phoenix will need stars Devin Booker and Chris Paul to score more effectively and turn the ball over less. With Dončić and the Mavs hitting the gas, the Suns could find themselves returning home in a tied series after leaving with a 2-0 lead.

The Suns lost Game 3 on Friday after only scoring 94 points. All five starters managed to reach double figures, but none of them made it to 20 points. After scoring a combined 58 points in Game 2, Suns leading scorers Devin Booker and Chris Paul came back down to Earth. They combined for just 30 points in Game 3, about half of the previous game. Forward Jae Crowder ended up leading the Suns on Friday with 19 points.

The Suns’ shooting was surprisingly pretty solid in Game 3. They shot 45% from the field and 46% from three-point range. This actually beat out the Mavs in both categories. The reason for the Suns’ low scoring was a lack of opportunities due to turnovers. Booker and Paul were the main offenders, combining for 12 turnovers. Dallas’ starting lineup racked up 10 steals. The Suns will have to avoid similar mistakes in another road matchup against the Mavs’ stringent defense.

Mavericks are Surging Back

The Mavericks got a much-needed win in Game 3 of this series. They now have a golden opportunity to tie the series up at home and take all of the momentum into Phoenix for Game 5. Dallas was unsurprisingly led by star Luka Dončić, who finished with 26 points, 13 rebounds, 9 assists, and 2 steals. This performance led all players with a +20 +/- differential. The Mavs also got a 28-point performance from point guard Jalen Brunson.

Dončić had performed well in the two losses previous to this game as well. The difference came in the Mavs overall defense’s ability to put pressure on the Suns. They forced the Suns to make over a dozen errors, turning the ball over left and right. Dallas used the crowd to their advantage, frustrating the Suns and keeping their pace limited for the entire game. They’ll need a repeat performance in Game 4 before heading back to Phoenix.

It’s always tempting to pick the home team in these playoff series, especially when the home team wins the first three games. I’m going to avoid that pitfall though, and take the Suns to bring their series lead to 3-1. Phoenix is the more complete team and their recent history against Dallas supports the idea of this being a favorable matchup for them. If they can manage to cut down on turnovers, they should be able to leave Dallas with a win.