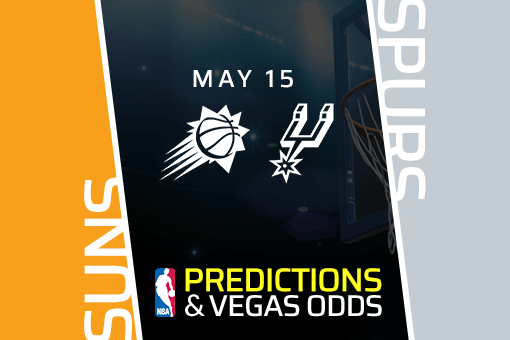 Some of the most memorable moments in recent NBA playoff history have been between the Phoenix Suns and San Antonio Spurs. The Suns and Spurs will both be taking part in the postseason this year but are on different ends of the Western Conference standings. In this game, the Suns will look to continue their fight for the top seed in the West, while the Spurs look to keep themselves in a good place heading into the play-in tournament.

The Phoenix Suns need two wins and a little help, but they could still end the regular season as the top seed in the Western Conference. Back-to-back wins over the Spurs, combined with the Utah Jazz losing to the Sacramento Kings on Sunday would be enough to give Phoenix the home-court advantage. But with Utah likely to be favored against the Kings on Sunday, Phoenix has to balance its desire for home court with its health concerns.

Specifically, DeAndre Ayton has to be monitored for the Phoenix Suns. He missed a game earlier this week against the Portland Trail Blazers, which the Suns still won by the slimmest of margins. Ayton is questionable for the two-game series against the Spurs, which could be the difference between the Suns hosting every round they play in during the postseason or having to travel if they make the conference finals.

Spurs Resting Up For Play-In

The San Antonio Spurs will have no margin for error in the upcoming play-in tournament, as they are locked into 10th place in the Western Conference. San Antonio will have to win multiple road games in order to get to the proper first round of the playoffs. Because of that, Gregg Popovich has made the decision to rest some of his players for this Saturday matinee.

Most notably, DeMar DeRozan and Jakob Poeltl are set to miss this contest for the Spurs, with Rudy Gay also being questionable to compete. With all three of those players being so integral to the success of San Antonio this season, it is understandable that Popovich would hold them out. But against the Suns, this could cause a major problem, as DeRozan’s shooting and Poeltl’s rim protection would be essential to compete with one of the NBA’s best teams.

The Phoenix Suns have an advantage in terms of talent in this game against the Spurs. But they also have a huge motivational edge, as they still have the ability to move up in the standings while the Spurs do not. Expect the Suns to come out with a sense of purpose and to win big en route to a high-stakes Sunday.