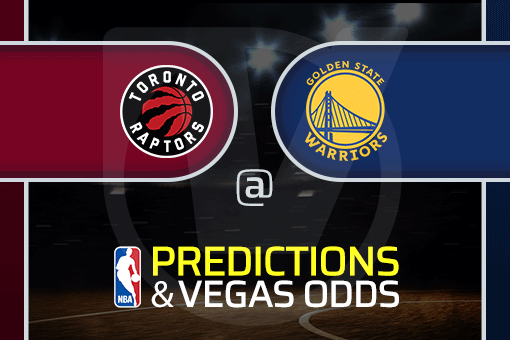 If you’re in search of the latest NBA betting odds and Raptors vs Warriors prediction, look no further because Vegas Odds has you covered.

The Raptors have won just five games in January entering Wednesday’s game against Sacramento, and the Warriors have played well since Stephen Curry returned.

When these two teams met in December, the Warriors won by 16 without Curry in the lineup. Jordan Poole exploded with 43 points and Klay Thompson and Draymond Green each chipped in 17.

The Raptors had Pascal Siakam (27 points) and Fred VanVleet (22 points) play well, but it wasn’t enough.

Toronto somehow defeated the Knicks on Sunday to end a three-game losing streak, and all five starters finished with double figures in points.

The Warriors began January with a 1-3 record, but they have gone 3-3 since then, alternating wins and losses since January 13.

The Warriors lost to the Brooklyn Nets n Sunday, and then they had to face the Memphis Grizzlies Wednesday evening, so it has been a tough stretch for Golden State.

Curry is doing Curry things, and he entered Wednesday scoring 20 or more in each of the last four games, including 41 against the Wizards on January 16.

Just going back to the matchup in December, the Warriors won without Curry in the lineup. Now, he’s back and is playing at an All-Star level.

The Warriors are also playing at home, which always helps, and rebound from a few tough games with an easy victory over Toronto.