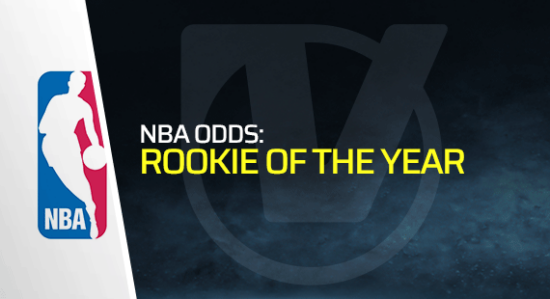 The recent NBA draft was full of surprises, and so are the odds for the NBA Rookie of the Year award. Paolo Banchero leads the way, and for many, this was unexpected.

With +350, the top pick from last Thursday’s NBA draft is also the top favorite for winning the NBA Rookie of the Year award. The former Duke Blue Devils forward landed in Orlando, where he will have plenty of room for improvement, but on the other hand, he, Wendell Carter Jr., and Franz Wagner might feel a bit overcrowded in the frontcourt positions.

Don’t get us wrong, the 6-foot-10 strong forward is excellent, and he is one of the best players in this draft, only the overall composition of the team in Orlando with lots of shooters and one dominant ball-handler (Anthony) might not suit him well.

Holmgren and Smith Have Solid Value

Jabari Smith Jr. is +420 while Holmgren stads at +480. Both of them perfectly fit Houston and Oklahoma City.

The Rockets traded Christian Wood to the Mavericks in order to clear the space for Smith Jr. That tells enough about their decisiveness to go all-in on this guy. Yes, the Rockets are one of the worst teams in the league, but giving away your best player isn’t easy at all. So, we assume that Smith Jr. will have all the necessary freedom on the floor to show his talent.

On the other side, Holmgren is coming to Thunder, who has lots of young players, but no stars in his position. Shai Gilgeous-Alexander will be back, but what is more important for Holmgren is the presence of a fantastic playmaker, which is, in this case, Josh Giddey. The amazing Aussie will greatly help Holmgren and maximize his potential both under the rim and outside.

That is why we believe that the 19-year-old who came out of Gonzaga has the best prospects of winning the ROY award.

Ivey and Murray Waiting for Their Chance

The Detroit Pistons made a surprising and illogical move. Adding Jaden Ivey isn’t very smart, especially when you already have Cade Cunningham. This is at least our opinion.

Anyway, Ivey is +650 to win the award, and according to a vast number of analysts, this would be a big surprise if it happens.

On the other side, Murray (+1100) was a logical choice for the struggling Kings. The franchise from California has been in limbo over the past few years, and they simply can’t reach the playoffs.

Murray is a great fit for their game, only, we don’t think that he might become the ROY because of all the other players in Sacramento. Sabonis, Fox, Barnes, all these guys are the main options in the Kings’ attack. It means that Murray can promote himself on the defensive side of the court, which will be tough because of the Kings’ run-and-gun style of play.