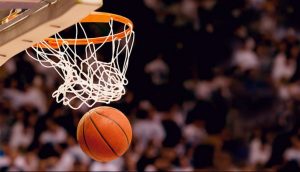 NBPA executive director Michele Roberts and stakeholders agreed to allow the NBA to restart before Christmas, following up with Commissioner Adam Silver who insisted that in order to avoid crippling financial losses, the NBA would need to seek a quick return.

The NBA and NBPA will come together and set ground rules for free agency ahead of the scheduled NBA draft scheduled for November 18. Players and teams will have a short window of opportunity to finalize their lineups between the draft and December 1 when training camps will open doors. Commenting on current developments, the NBPA had this to add:

“Additional details remain to be negotiated and the NBPA is confident that the parties will reach agreement on these remaining issues relevant to the upcoming season.”

One last detail to settle between the NBA and NBPA remains the amended collective bargaining agreement, an issue on which the Association is willing to make compromises so as to expedite the return of the season.

The NBA is also keen on wrapping up the 72-game season ahead of the Summer Olympics in July. In financial terms, the NBA stands to benefit from up to $500 million and $1 billion in short and long-term revenue thanks to an early restart.

Another issue that the league faces is players’ remuneration due to the coronavirus pandemic, which has impacted escrow accounts. In order to offset a steep decline in revenue, the league and NBPA are working to spread those losses across several years, rather than impacting players’ single-year finances too deeply.

ESPN has also said that the NBA has pushed the deadline for terminating the collective bargaining agreement until Friday. Should such an event occur, it would effectively throw the NBA financial structure in disarray, destroying its 50-50 sharing of basketball-related income (BRI).

However, this doesn’t seem to be the case with the league now eyeing an official return. Another matter, though, remains the loss from gate receipts which could tank BRI revenue by 40%.

The BRI generated during last season was down $1.5 billion year-over-year, media outlets said. The NBA is actively looking to avoid another slow year and begin recovery.