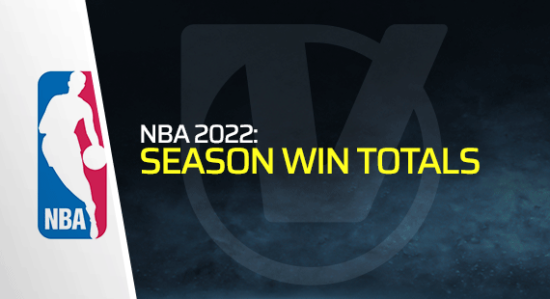 The sportsbooks from Las Vegas have released the lines for the total wins during the regular part of the NBA season. It is no surprise to see the Brooklyn Nets top the list, while at the bottom of the same is the Orlando Magic.

The Brooklyn Nets’ line for over/under wins is at 55.5, with the odds for outcomes being the same -115. Kevin Durant, James Harden, and Kyrie Irving, strengthened with a couple of veterans, are the No.1 favorites to win the title as well, +225.

Giannis and his Bucks, who are the title defenders, are second with 54.5 wins and having two teams from the East clearly states that the balance of power shifted in favor of the East. The Lakers (52.5), Jazz (52), and the 76ers (51.5) trail closely behind, while this year’s West champions, the Phoenix Suns, are at 51.5.

We need to say that instead of the last season’s format, which included 72 games, this one will be normal with 82 matches. Even though many believe that won’t change the overall plans of the teams, things aren’t exactly like that.

The Denver Nuggets are at 48 while the Dallas Mavericks have an edge at 48.5 wins. Nikola Jokic and Luka Doncic are expected to lead these two franchises, but we can say without any hesitation that the reigning MVP is in a much better position despite the half-a-win difference because his team has more depth than the Mavs.

The Golden State Warriors boast the same 48.5 wins, while the 2020 East champions, the Miami Heat, shadow the Nuggets at 48 triumphs.

The bottom is reserved for Orlando Magic, who is at 22.5 wins, one fewer than the OKC Thunder. These two franchises are in a rebuild, and they have very young but talented teams. The Detroit Pistons and the first-overall pick, Cade Cunningham, are third from the bottom, 25.5 victories,

These numbers can and will change in the future because the teams haven’t ended their free agency activity. One big trade could disrupt everything. Just imagine seeing Ben Simons landing in New Orleans (for example), and that would instantly make them serious playoff contenders.

In the meantime, LeBron James reacted after not receiving a single vote in the survey about the best player in the NBA. King James responded all over the social networks, saying that such comments would only fuel him and his teammates.

The Lakers are the second overall favorite for the title behind the Nets and slightly above the Bucks. The purple and gold laned Russell Westbrook and Carmelo Anthony this summer, forming one of the best teams in the history of the NBA. After exiting in the first round of this playoffs, the purple and gold had to make some moves.