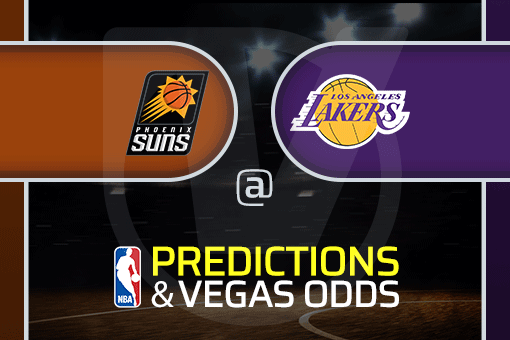 If you’re looking for the latest Suns vs Lakers prediction, look no further, because Vegas Odds has you covered!

The Suns take on the Lakers who are the winners of three straight.

The Lakers and Suns are both coming off wins.

Not only that, but the Lakers are 3-2 in their last five games and are currently on a three-game winning streak.

Phoenix on the other hand gives up 107 ppg to opponents on the season, good for 5th in the association.

While the Lakers have not performed to expectations this season they’re coming into their own and are finally getting big performances from all-star forward Anthony Davis, who poured in 30 points on Sunday versus the Spurs.

Lebron James is questionable for tonight and could make his return tonight after being out for the last four games with an adductor injury.

If picking a winner; the Suns are the favorite at -7.5.