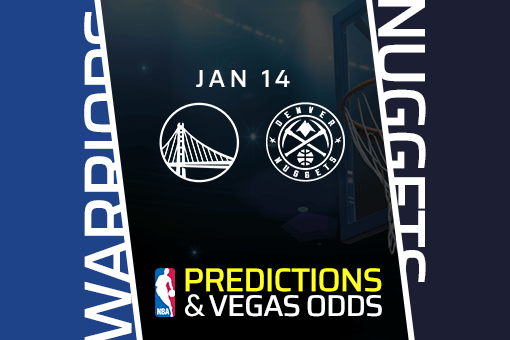 The NBA Western Conference is heating up, and two sides that will be hopeful of finishing in a playoff spot this year clash on Thursday evening. But, will the Golden State Warriors be able to continue their excellent start to the NBA season?

Last season would have been a huge disappointment for the Golden State Warriors, but they have already shown glimpses this season that the desperation from last season is a thing of the past. They are looking as though they could challenge for the Western Conference this season, and come into this game against the Nuggets in excellent form. They have won four games in their last five, and were successful in overcoming their challengers from the 2019 finals in their most recent outing. The Toronto Raptors pushed the Warriors the whole way, but the hosts were able to get the win in the end. It wasn’t without a struggle, as Steph Curry endured one of his worst nights of shooting in the NBA.

Curry managed just eleven points in the 106-105 win, with Damion Lee scoring two free throws in the final four seconds to claim the win for the Warriors. Those were two of Lee’s 13 points in the game, while they were led by 17 points from Andrew Wiggins. Draymond Green, James Wiseman, Kelly Oubre Jr and Eric Paschall also scored ten or more points in the narrow success for the Warriors. Golden State were less than convincing from beyond the arc against the Raptors, as they managed to net on just 28.3% of their efforts. However, it was their efficiency from the free throw line that sealed the win, as they scored on 17 of their 19 efforts.

Nuggets Looking For Change In Fortune

The Denver Nuggets will still be considered a leading chance for a playoff finish this season, and they have shown over recent games that they could be getting back to somewhere near their best. They have recently won back to back games against the Philadelphia 76ers and New York Knicks. Not for the first time, Nikola Jokic was the leading man for the Nuggets, as he managed to lead them to a 114-89 success against the Knicks by posting a double-double.

Jokic scored 22 points and added ten rebounds. He also led the Nuggets for assists with five. Gary Harris also scored 14 in that recent win, while Monte Morris and P.J. Dozier scored 12 apiece. It was the Nuggets efficiency from three-point range that was ultimately the difference, as they scored on 42.9% of their efforts compared to just the 28.6% that the Knicks scored.

The Warriors have dominated recent fixtures against the Nuggets, as they claimed the win in four of the previous six. Golden State beat the Nuggets 116-100 in the last game between the sides. However, the Nuggets are finding their consistency now, and it would be hard-pressed to see past them winning this at their home court.