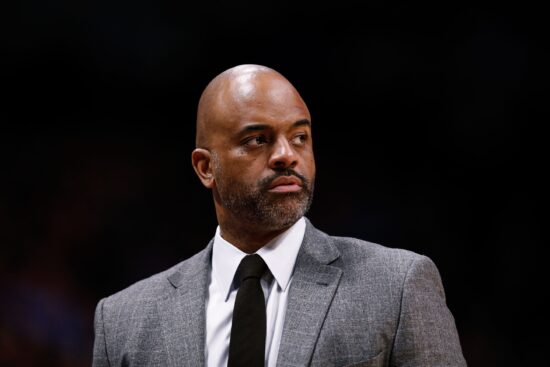 The Washington Wizards have found a new head coach. Though, it is one very familiar face, Wes Unseld Jr, who decided to come back home after ten years of wandering around the league.

Unseld Back in DC

Wes Jr. began his coaching career in Washington, spending six years there, from 2006 to 2011, working his way up through the ranks before hitting the road and trying to build his name elsewhere.

He would first join the Goldens State Warriors, spending just one season there, before landing in Florida, where he spent three years in the Orlando Magic. After that, Unseld headed for Colorado, where he earned his name and reputation with the Denver Nuggets.

According to the people from Mile High, Unseld Jr. needs to be credited the most besides Mike Malone for making the Nuggets a championship contender. His vision and the hard world created perfect chemistry inside the locker room and developed numerous players. Among them are this year’s NBA MVP, Nikola Jokic, Jammal Murray, and Michael Porter Jr.

Unseld Jr. and the Wizards signed a four-year deal.

Unseld Jr’s father, Wes Sr. spent his entire NBA career with the Wizards, who had different names back between 1968 and 1981 when he played. The only title this franchise has won was in 1978, with Unseld Sr. winning the MVP Finals.

Unseld Jr. grew up in the Wizards’ facilities and was present at the same regular. He always spoke that he thinks that the Wizs are, in fact, a family to him.

That is why he began to work as a scout for the Wizards immediately after college and slowly developed his knowledge while also climbing in the team’s hierarchy.

In the end, he was responsible for Washington’s offense and was considered to be the main reason why they had one of the best attacks in the league between 2004 and 2007.

What is Next For The Wizards?

Bradley Beal has just one more year on his contract. The fantastic guard is one of the best scorers in the league, and according to the sources from within his environment, he wants to fight for the title, not the playoffs. That practically means that he wants to leave Washington.

The board will have to decide very quickly what to do with the second-best scorer from this season. Will they leave him one more year in DC and risk ending up with nothing in the end or trade him during the offseason and receive at least something in return.

Also, there is a matter of Russell Westbrook’s future, which is equally interesting as Beal’s. The former NBA MVP is a veteran, and building some long-term story with him in the leading role isn’t very smart.