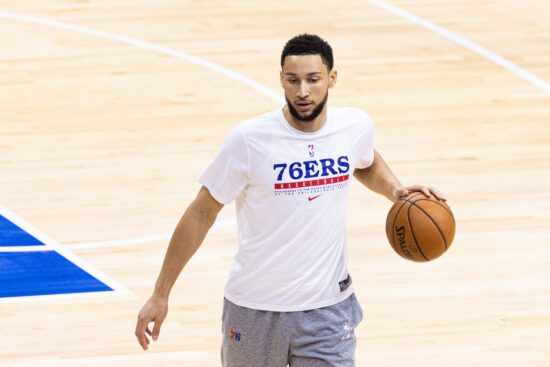 Ben Simmons is working hard this summer, and he apparently considers this to be the crossroad of his career. The bookmakers have released the odds for his next team, and so far, the franchises from Portland and Minnesota have the best chances to land the 76ers’ guard.

Blazers and T-Wolves On Top

With +200, the Portland Trail Blazers are atop the list of Simmons’ new destinations. We have two options for his trade here. The first one includes CJ McCollum and a few more dispensable players, plus picks, to go to Philly, and the second includes Damian Lillard.

Now, you all know that Dame wasn’t that happy after the last season ended and that for the first time, he openly showed frustration because of Portland’s mediocre results. With 31 years, Dame has nothing to wait for, and he needs to get a team worthy of attacking the title, and it seems that the 76ers might give him that.

As for the Timberwolves, who are +275 to get Simmons, they have might sacrifice a few names along the way for the Aussie, but according to all the experts, they would need a third team to make the trade possible. All the players apart from Anthony Edwards and Karl-Anthony Towns would be in the trade block in this situation, giving them a solid potential for making this transaction.

Arguably the biggest name among the coaches in the NBA, Gregg Popovich, would love to have Ben Simmons in his crew. Per various sources, Pop fancies the way Simmons plays, and he would fit perfectly in his system. Now the Spurs are +700 for landing Ben, and they would have to ship at Dejuonte Murray and Derrick White, which would be suitable for the 76ers in some options.

Popovich’s student, Steve Kerr, believes Simmons’ presence in Golden State would give this team another chance to attack the title. His fast and energetic playmaking would perfectly blend in the Warriors’ style of play. There is no need for him to shoot, because the Warriors already have unreal guards who are able to hit from a distance, meaning that Simmons’ biggest weakness wouldn’t have such a big impact on the result.

On the other side, his defensive skills would be of great importance for the Warriors, as well as his athleticism, as Simmons often has 10 or more rebounds per game. The Warriors’ chances to make the deal happen are +600, and with all the assets they have at the moment, that is quite possible.

Other teams that find their name on the list are the Sacramento Kings, +400, the Toronto Raptors, +900, Cleveland Cavaliers, +1100, OKC Thunder, +1, LA Clippers +1300, and even the Chinese team, Shanghai Sharks, who are +1900 to sign Simmons. A wild outcome, but having in mind that the Chinese league often knew to surprise, not impossible.