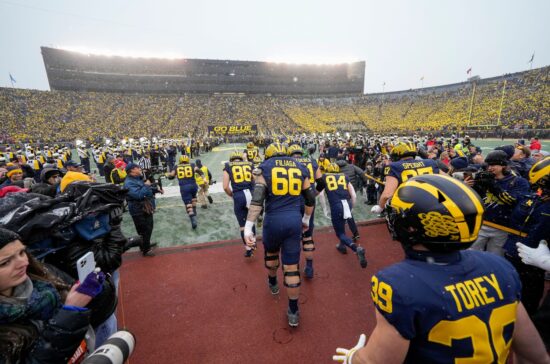 The 2021 college football bowl season begins on December 17. With 13 weeks of the season, it’s time to predict the matchups in this postseason. Georgia, Michigan, Cincinnati, and Oklahoma State will compete in the CFB Playoff.

The New Year’s Six contests will be headlined by Ohio State and Utah in the Rose Bowl and, in the Sugar Bowl, are Alabama and Baylor.

The 2021-22 Bowl Schedule features 42 games overall, including the national championship. The semifinals will also be held on Friday, December 31.

Semifinals will be hosted by the Orange Bowl and Cotton Bowl, while the national championship will take place at the Lucas Oil Stadium in Indianapolis, IN, on January 10.

Kentucky’s bowl prospects could not have been better on the final weekend of college football’s regular-season season. Kentucky needed an emphatic statement to end its losing streak in midseason, and this was made by Louisville with a blowout. Even if Alabama loses in the SEC championship to Georgia, Ole Miss wins secured their places in the New Year’s Six bowls.

Surprisingly, LSU’s victory over Texas A&M brought the Citrus Bowl back to Kentucky. After the New Year’s Six bowls are filled, the Citrus Bowl will be held in Orlando on January 1. The three available options for the game are Texas A&M, Arkansas, and Kentucky.

Just as it looked like there would be many bowl openings, Tulsa stunned SMU to become eligible. LSU and Florida won to give the SEC 13 of its 14 teams six wins. Now there are too many teams for slots.

Around 7 PM, the fifth College Football Playoff rankings will be released on ESPN. All games from Week 13 will be considered. Then, Sunday, December 5, is the day of the selection playoff.

The Buckeyes are likely to lose their ranking after Michigan’s win over Ohio State by 15 points. This is the Wolverines’ first win in this series in a decade. They’re at Number-2 in the CFP rankings and probably will drop out of the top 4. They could even fall out of the top six.

There are many ways that the selection committee can rank Alabama, Cincinnati, and Michigan in the Number 2 through Number 4 spots. Michigan has one of the most impressive regular-season wins, so the Wolverines may be able to move up from Number 5 to Number 2.

Although Alabama had to win four overtime periods against an Auburn team that ended the regular season 6-6 in the regular season, the selection committee was clearly impressed with the Crimson Tide’s season. This is evident by its debut at No. Alabama could return to the No. 2 spot in the CFP rankings for Week 10.

Cincinnati is the FBS’s only undefeated team, in addition to Number-1 Georgia. Each case can be ranked Number 2, and Tuesday night’s rankings are placeholders. Conference championship games will determine the final ranking of teams in the CFP rankings.