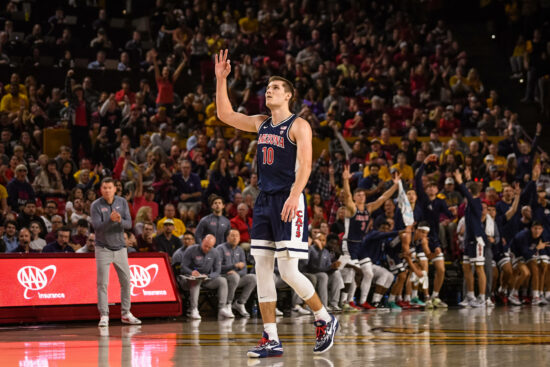 If you’re in search of the latest NCAAB betting odds and Arizona vs Washington State prediction, look no further because Vegas Odds has you covered.

Washington State is below .500, but they stunned the world by defeating Arizona by 13 points on January 7.

Arizona is right outside the top 10 with two Pac-12 losses in January, one to Washington State and the other to Oregon (by 19). The Wildcats bounced back with two resume-boosting wins over USC and UCLA, both in the desert.

Azuolas Tubelis has notched five double-doubles in the last six games, including an impressive 15-point, 17-rebound performance against the USC Trojans.

The Cougars have dropped two in a row coming into Utah and Colorado, but they had a three-game winning streak prior to that. The Cougars only have nine wins on the season, but two of those have come against USC and Arizona, showing they can hang around with some of the top teams in the Pac-12.

NBA prospect Mouhamed Gueye shined bright against Arizona with 24 points and 14 rebounds, although he blanked against Colorado with zero points and five rebounds on 0-7 from the field.

If the Cougats want a shot, Gueye needs to dominate as he did a few weeks ago against the Wildcats.

The Cougars pulled off one of the biggest upsets of the season when they defeated Arizona recently. However, it’s unlikely to happen again, and Arizona continues to look like one of the top teams in the country. The Cougars beat the Wildcats in Arizona, but Arizona gets revenge with a blowout win in Pullman.