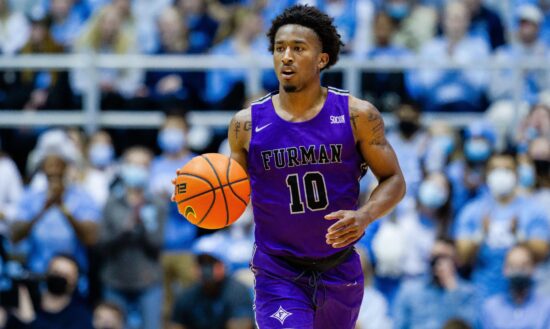 If you’re looking for the best NCAAB predictions for the Samford vs Furman game – look no further! – Vegas Odds has you covered.

This game features a matchup between the 14-7 Bulldogs and the 15-6 Paladins. Samford improved to 8-0 in Southern Conference play with their defeat of Western Carolina. They’re fighting for their first ever SoCon title, and first NCAA Tournament berth since 2000. Furman is looking to end an NCAA Tournament drought that has lasted since 1980, having gone 8-2 over their last 10 games.

Samford is having an incredible season so far under 3rd-year head coach Bucky McMillan. They’ve jumped out to an 8-0 record in Southern Conference play, highlighted by a road win over 2nd-place UNC Greensboro. The Bulldogs won 10 conference games last season, their highest total since joining the SoCon, and seem poised to surpass that total again this season, as they fight for their first conference title. The Bulldogs are led by 5th-year Senior F Logan Dye, who has spent his entire college career supporting Samford.

Furman is having another strong season, after becoming a more notable mid-major over the past few years. Despite their recent success, and first-ever AP Poll ranking in 2019, the Paladins have still failed to crack the NCAA Tournament field in 43 years. They have a great opportunity to break that streak this year, in a Southern Conference that isn’t quite as strong as years past. They’ll have to prove they can topple 1st-place Samford to do so. Senior G Mike Bothwell has been one of the most efficient scorers in the NCAA.

This should be an exciting matchup between two SoCon teams jockeying for first place in the conference, while attempting to end long NCAA Tournament droughts. Furman ranks a bit higher in the metrics, despite their worse record, thanks to a more competitive non-conference schedule. This game could go either way, but I lean towards picking the Paladins at home, though they may not cover.