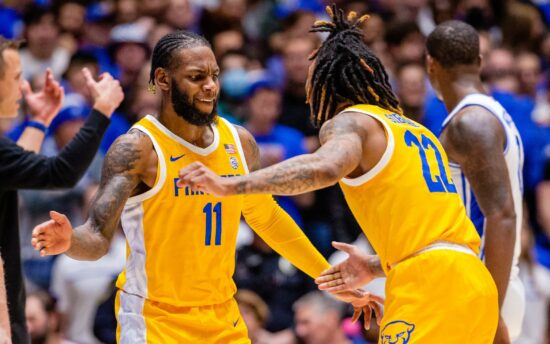 If you’re looking for the best NCAAB predictions for the Wake Forest vs Pittsburgh game – look no further! – Vegas Odds has you covered.

This game features a matchup between the 14-6 Demon Deacons and the 13-7 Panthers. Wake Forest was unable to topple Virginia on Saturday, having their 4-game win streak snapped. They remain on the NCAA Tournament bubble, and will benefit from wins of any kind. Pittsburgh is even further off the bubble, needing a lot of help to salvage their season. They can’t afford to lose at home here.

Wake Forest’s loss to Virginia dropped them to 14-6 on the season. They still hold a 6-3 record in the ACC, and continue to fight for an NCAA Tournament berth. The metrics are not kind to the Demon Deacons, who rank #71 in NET and #76 in KenPom. They’ll need to keep winning to have a shot at returning to the tournament for the first time since 2017. Wake Forest is led by Senior G Tyree Appleby, who leads their offense in both scoring, with 18 ppg, and assists, with 6 apg. Appleby struggled a bit against Virginia, shooting 25%.

Pittsburgh has now lost 3 of their last 5 games, after going 10-1 in their previous 11 games. They need to get back on track fast, as they continue to slide in the metrics. Like Wake Forest, the Panthers are on the fringe of the bubble and need another sustained winning streak to make the NCAA tournament for the first time since 2016. Pittsburgh is led in scoring by Senior G Jamarius Burton, who has reach double figures in 17 of 18 games so far this season. He needs to have another stellar game against Wake Forest here.

Pittsburgh has the home-court advantage in this game, in addition to having slightly higher rankings in the metrics. That should work in their favor against Wake Forest, who still holds the better overall record. Despite Pittsburgh playing at home, they’ve been struggling quite a bit lately. Wake Forest is coming off a 1-1 week against 2 ranked teams, and should carry the momentum to a win.