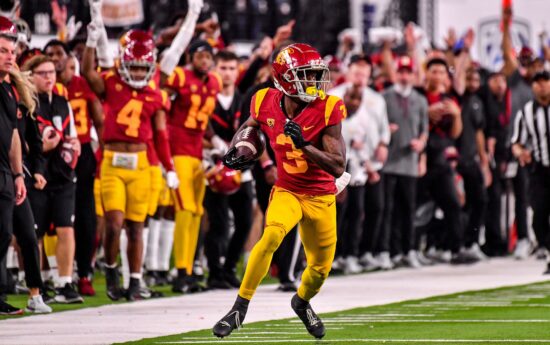 If you’re looking for the best NCAAF predictions for the USC vs Tulane game – look no further! – Vegas Odds has you covered.

The 2022-23 Cotton Bowl features a matchup between the 11-2 Trojans and the 11-2 Green Wave. USC entered the Pac-12 championship game in control of their own destiny, but were blown out by Utah. The loss was grave enough to cost the Trojans their spot in the CFP, instead finding their way into a NY6 bowl. Tulane dominated UCF to win the American conference championship.

USC finished the season 11-0 against any team other than Utah, but 0-2 in those crucial matchups. The second one was the final nail in the Trojans’ coffin, eliminating them from CFP contention. The Trojans defense has been very vulnerable as of late. In their final 3 games, they allowed 119 points, giving up nearly 40 points per game. They’ll need to work their way through several opt-outs and the disappointment of missing the CFP, or they may be in for one more tough loss this season. Tulane matches up very well against USC.

Tulane capped off an impressive 11-2 season with a 45-28 win over UCF. The win redeemed their road defeat to UCF from earlier in the season. It also came right after an equally impressive 27-24 road victory over Cincinnati. Tulane earned their first ever AAC Championship title, and first conference title in general since winning the C-USA back in 1998. Their record-setting season is due to the fantastic play of QB Michael Pratt and RB Tyjae Spears, who has rushed for 120 or more yards in 7 straight games for Tulane.

USC and Tulane could be said to have the opposite motivation right now. USC collapsed when it mattered most, and ended up with what they would consider to be a very disappointing result. Meanwhile, Tulane won two must-win games, and is riding the high of winning a conference championship. While USC will undoubtedly still play their hardest to win, there will definitely be a difference in subconscious motivation. On top of that, Tulane is already a great team. It’ll be close, but I see Tulane coming away with the win.