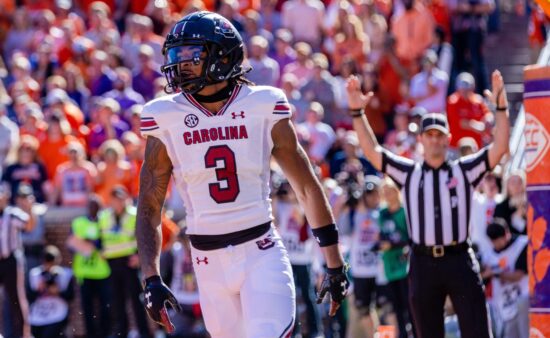 If you’re looking for the best NCAAF predictions for the South Carolina vs Notre Dame game – look no further! – Vegas Odds has you covered.

The 2022 Gator Bowl features a matchup between the 8-4 Gamecocks and the 8-4 Fighting Irish. South Carolina started the season slow, but heated up down the stretch. They finished with a 63-38 win over #8 Tennessee and a road win at #7 Clemson. They also took some bad losses. Notre Dame is in a similar boat, with an impressive 35-14 win over Clemson, mired by some pretty bad losses.

South Carolina had an inconsistent season with some impressive wins and tough defeats. They started out 1-2 with a 48-7 loss at home against Georgia, staining their record early on. After that, they went 5-1 over the next 6 games. A 24-14 road win over Kentucky highlighted that stretch, while a 23-10 road loss against Missouri raised additional concerns. A 38-6 loss to Florida amplified them, before their final two wins against Tennessee and Clemson set the Gamecocks on a completely different path to a prime bowl game.

Notre Dame had an equally inconsistent season. They started the out 0-2, losing 21-10 against Ohio State, and then dropping a stunner to Marshall. Wins against North Carolina and BYU got them back on track, before they took another bad loss against Stanford. Yet, once again they bounced back, blowing by Syracuse on the road, and then dominating Clemson. Unlike South Carolina, the Fighting Irish closed the season with a loss against USC. Both of these teams have flashed excellence and awfulness at times.

It’s difficult to predict the result in a game where each team could play at two completely different levels randomly. Even so, I feel pretty confident about South Carolina’s chances to win here. They clearly unlocked something against Tennessee and Clemson, and have built up a season’s worth of experience in the SEC conference. Meanwhile, Notre Dame seems to perennially underwhelm in important games. Despite some strong wins of their own, I think the Fighting Irish will come up short here against South Carolina.