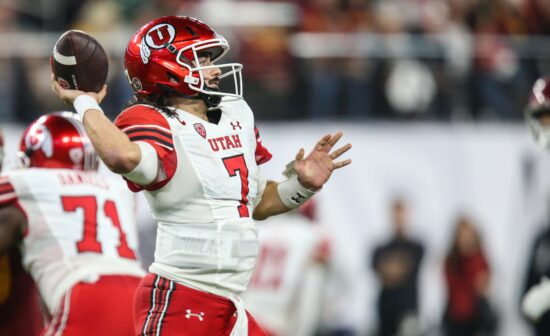 If you’re looking for the best NCAAF predictions for the Utah vs Penn State game – look no further! – Vegas Odds has you covered.

The 2022-23 Rose Bowl features a matchup between the 10-3 Utes and the 10-2 Nittany Lions. Utah stunned USC, 47-24, in the Pac-12 championship game. The win earned them their second straight Pac-12 title and Rose Bowl appearance. Penn State finished 10-2, but with no ranked wins. They have to prove that they can beat a top team here against Utah, after losing to Michigan and Ohio State.

Utah will be looking to avenge a 48-45 loss against Ohio State in last year’s Rose Bowl. They get another crack at a top Big-10 squad this season, taking on a rejuvenated Penn State team. The Utes had an inconsistent season, but shined in their two wins over USC. QB Cameron Rising seems to have fully recovered from his mid-season injury, and Utah is playing some of their best football of the season. Even so, their 3 losses provide plenty of areas for them to work on improving over the next couple of weeks before the game.

Penn State completed a 10-2 regular season, missing out on the Big-10 championship game, but advancing to an NY6 bowl after both Michigan and Ohio State made the CFP. The Nittany Lions are a tough team to gauge because of their schedule. In 10 games against unranked teams, they went 10-0, winning each game by an average score of 38-13. On the other hand, in their two games against ranked teams, they went 0-2, losing by an average score of 43-24. They’ll need to alter that significantly to have a shot against Utah.

Despite Penn State’s lack of ranked wins, I don’t consider them to be an inferior team to Utah. It’s hard to fault them for losses to Michigan and Ohio State, although more competitive performances would have certainly been more convincing. It’s just hard to pick them with an 0-2 record against Top 25 teams, especially going up against a team like Utah, who went 3-2 in ranked games during their own conference slate. I believe this game will be similarly close to last year’s Rose Bowl, but this time I see the Utes winning.