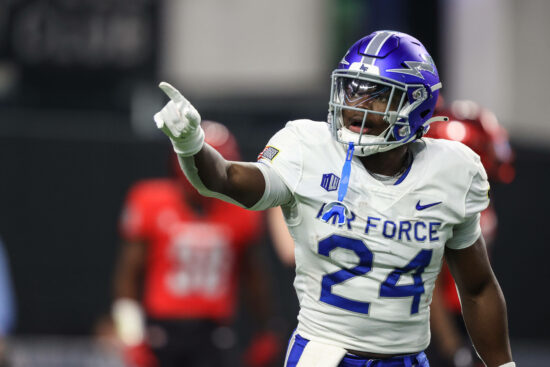 If you’re in search of the latest Baylor vs Air Force prediction, look no further because Vegas Odds has you covered.

The Air Force Falcons had a shot to win the MWC title before faltering down the stretch, and Baylor had a subpar season in the tough Big 12.

This game is a battle of two teams with almost opposite styles. The Bears are 55th in the nation in points per game (33.6) and 63rd in yards per game (429.2) while also being 61st in rushing yards per contest.

The Bears have running back Richard Reese, who finished with 962 yards and 14 scores, including back-to-back games with 100-plus yards and multiple scores back at the end of October.

The freshman has performed much better than expected and is a big reason why Baylor is even playing in a bowl game.

However, Air Force is a much different type of team than just about anybody in the country. The Falcons are third in the country in points against (13.25) and 137th in points scored (27.7). They live on the defensive side of the ball, but their running game is the bread and butter.

Running back Brad Roberts capped off the regular season with 1,612 yards (fourth in the country) and 15 scores on 308 carries, and Air Force has three players with 600 or more yards rushing on the season, including QB Haaziq Daniels.

Air Force is first in the country in rushing yards per game (331.5), and this could be a battle between two rush-heavy offenses in a low-scoring affair in Fort Worth.

The Falcons’ game plan shouldn’t be a secret — hand the ball to Roberts, who was named the Mountain West Conference Offensive Player of the Year. Still, teams have barely been able to contain him all season long.

The Bears’ defense is in for a massive test, and their offense will also be tested against one of the best defenses in the country. However, Baylor has home-field advantage, which should help a bit. Nonetheless, it’s hard to go against this dynamic Air Force team and Brad Roberts, who had one of the best seasons in the entire country.