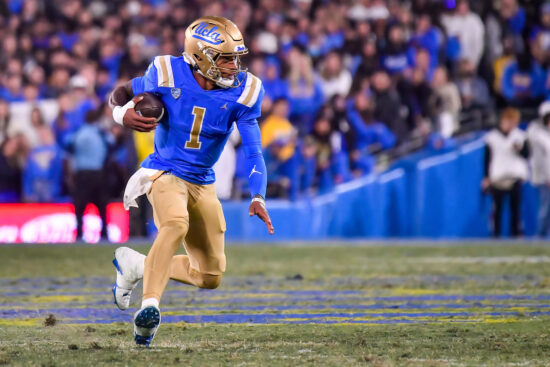 If you’re in search of the latest Pittsburgh vs UCLA prediction, look no further because Vegas Odds has you covered.

The Bruins had a terrific year in the Pac-12 while Pittsburgh was one of the top teams in the ACC.

When the bowl game matchups were first announced, this seemed like one of the most underrated games. Pittsburgh lives through its star running back, Israel Abanikanda, who finished with 1,431 yard and an FBS-leading 20 touchdowns.

Unfortunately, he is sitting out the Sun Bowl as he prepares for the NFL draft, and he is one of a long list of prominent Pitt players who won’t be on the field for this game.

That is a tough blow for Pitt. On top of that, UCLA is expected to have quarterback Dorian Thompson-Robinson and running back Zach Charbonnet for this contest, so the advantage is all the way in the Bruins’ favor.

Wide receiver Jake Bobo has also been practicing, so three important UCLA players — all of whom are headed pro after the year — are ready to play in this game.

Thompson-Robinson accounted for 36 total touchdowns this year while Charbonnet ran for 1,359 yards and 14 scores and will be one of the most coveted running backs in the 2023 NFL Draft.

This game has been hit hard by players transferring (Kedon Slovis, Pitt’s QB, headed for BYU) and players preparing for the NFL. With that said, UCLA should be massive favorites in this game, and Pitt has almost no chance without their best player.