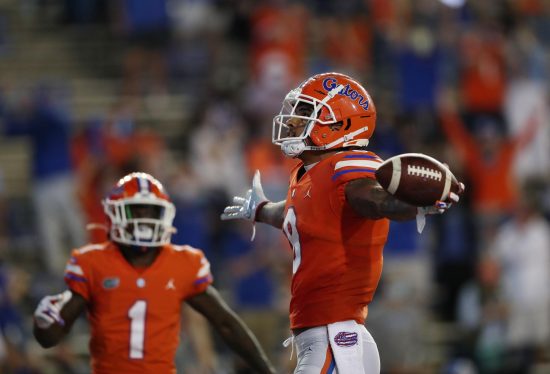 This past Saturday the Gators fell behind quickly in the first quarter after just the first five minutes, giving up a 16-yard pass to Vanderbilt to make it 7-0. They then let the Commodores drive another 68 yards for a field goal to fall behind 10-7 before waking up and outscoring them 28-7 the rest of the game. Appropriately, Gators Head Coach Dan Mullen called the outcome “ho hum” for his squad.

Kentucky visits Florida this weekend. On paper this looks like a wash with an unranked 3-5 Kentucky team coming to the Swamp whose last two wins came against overrated Tennessee and lowly Vanderbilt. However lest we forget two years ago aka the last time Kentucky came to the Swamp, they beat the Gators 27-16 after being beat by Florida 31 straight times beforehand. And just last year, Florida looked like they were about to drop another game to Kentucky visiting them in Lexington. This was until Kentucky missed a field goal late in the fourth quarter resulting in Florida scoring a touchdown on the very next drive due to great field position and essentially icing the game. This game was also where the Kyle Trask era officially began for Florida football after Felipe Franks went down with an injury in the second half.

Since that game last season however these programs still find themselves in similar spots with Florida trying to make the college football playoff and in a position to win the SEC East while Kentucky is in the middle of the pack.

Florida’s success this year has always been from their offense putting up consistent numbers, with at least 38 points throughout their seven games. They have a Heisman hopeful Quarterback in Kyle Trask who has now thrown more touchdown passes (31), than anyone in SEC history through seven games. As I eluded to in the opening of this article however, this play has been absolutely necessary when their defense has let teams stick with the Gators at least within 10 points through the first half often. This is how Florida got their one loss this year when they actually played a solid all-around team like Texas A&M on the road.

However Kentucky is not Texas A&M. They are barely averaging over 100 yards passing and just over 20 points per game. What I will say about them is that they have a great defense that forces takeaways; Sophomore Kelvin Joseph is tied for third-most interceptions in the NCAA with four and the defense has forced 12 turnovers on the year.

Kentucky might force turnovers but Trask has only thrown three INTs all year reflecting on the Gators +1 turnover margin. Furthermore you just can’t bet against Trask with the year he is having. I predict more of the same from the Gators in this one with the defense letting up points early but the offense cleaning up the mess and overwhelming their opponents with all their weapons.