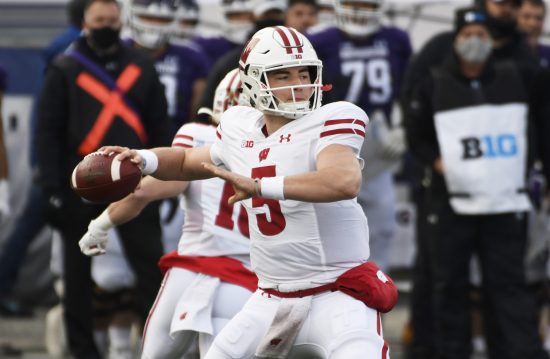 Wisconsin had five turnovers in their SEC West showdown against Northwestern losing 17-7. Meanwhile, Minnesota, playing its first Saturday game in three weeks, will look to thank the football gods for answering their prayer after beating Purdue 34-31 after the Boilermakers’ late touchdown was taken off the board by an extremely questionable pass interference call.

Minnesota Will Tell Who the Badgers Truly Are

With only three games played this season due to the pandemic, Wisconsin has gone up against two really bad teams in Illinois and Michigan and one apparently great team in Northwestern. Now it looks like they will play someone truly mid-talent level in Minnesota to see where they really are at.

Minnesota’s strength 100 percent lies within their run game with Junior Mohamed Irbahim taking the majority of the carries. The Baltimore, Maryland native has rushed for at least over 100 yards in five straight games including two 200 yard performances in that span as well. This has led to 13 touchdowns and he’s almost at 1,000 yards in a season that’s been shortened by four games let me remind you.

As far as the passing game goes, their offense seems to focus on getting the ball out fast for shorter routes like slants in the hopes that it opens up a deep ball for an occasional shot at the endzone. Because of this offensive style, the Golden Gophers starting Quarterback Tanner Morgan only has four passing touchdowns on the year with leading receiver Rashod Bateman having half of those and 472 receiving yards.

Despite the loss to Northwestern meaning the Badgers almost certainly are out of the Big Ten Championship discussion, this team still carries a talented squad. Their defense is letting up a little over 200 yards a game on average and just 11 points to their opponents! However we saw that against better competition, the Badgers could not take care of the ball. As I said before they coughed it up 5 times throughout the game stopping drives most drives before they even began to reach Northwestern’s side of the field. This included a costly interception late in the fourth quarter ending the game as they were driving.

However the Badgers are playing a much easier defensive unit this week. Minnesota averages giving up almost 500 yards and have let opponents score at least 34 points in every game so far. This should be a get right kind of game for Graham Mertz whose interceptions last week were his first of the season when the offense had been pretty much humming along blazing through opponents until Northwestern.

No team has been able to stop Ibrahim on the ground, until now. Wisconsin’s front should put the pressure on Morgan to actually have to step up and make plays and not let him simply be a game manager and letting Ibrahim carry the load. I don’t expect this game to be high scoring from either side, but back the Badgers on this one.