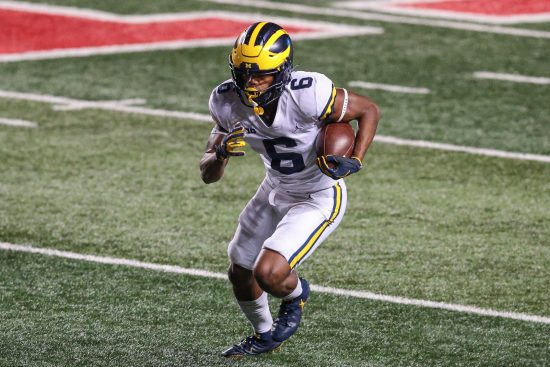 The battle of disappointments.

In a season that has been underachieving to say the least for the traditional power houses of the Big Ten East, the winless Penn State Nittany Lions travel to Ann Arbor to take on the 2-5 Michigan Wolverines.

Who Has the Edge

Michigan does, and it’s not by their default record but for three reasons. For one, their star Tight End Pat Freiermuth is officially out for the season with an undisclosed injury. This leaves and offense searching for a playmaker to step up even though the Nittany Lions starting Quarterback Sean Clifford has been disastrous getting the ball to his teammates in the first place.

The second reason is Michigan has shown more fight in their program with their two wins, especially in their last one against Rutgers with a triple overtime win when they could of easily thrown in the towel after falling behind.

And this fight is due to the third reason, their new Quarterback Cade McNamara who led the comeback and it appears the Wolverines are sticking with him again behind center this weekend. And the fourth and final reason is because of Jim Harbaugh’s hot seat. Both Harbaugh and James Franklin’s seats are on fire at this point, but Harbaugh’s has burned to the ground.

The former 49ers Head Coach was signed to Michigan with a lucrative contract in accordance with the school rebranding itself from the Brady Hoke era by adding Jim and Jordan Brand.

Now it appears this rebranding could finally come to an end if Michigan doesn’t at least win a bowl game this year. And out of these two teams, they are the only ones who could potentially earn a spot in one for the coach to save his job and chalk up the bad year to the coronavirus. He will have this team extra motivated to win because of this fact alone and we will see if it translates on the field.

On Paper and Prediction

It is funny however that Michigan is behind Penn Stare in both yards gained on offense and yards given up on defense. Fortunate for Michigan however that yards don’t matter if they don’t lead to points as both defenses have given up an average of 36 a game. And on the reverse side of this, Michigan is averaging about six points more than Penn State in their games as well.

This relates back to the fighting spirit I was talking about in the two teams. Except for their opening game against Indiana where they were expected to win and lost in overtime, the Nittany Lions have been simply blown out in each of their losses or just couldn’t come back after falling behind early against Nebraska. They clearly don’t have any confidence in their other quarterbacks to win because they would have benched Clifford by now, even though there is no hope for them to make a bowl game now.

The Wolverines take this one by limiting turnovers and showing more of a will to win than Penn State has all season.