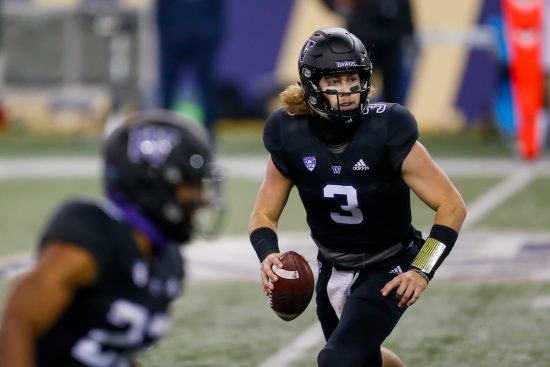 Who is this Utah team?

With just a six game regular season slated for each Pac-12 team, the Utah Utes have already had their first two games canceled and suffered a bad loss to #20 USC. Now they have to face this undefeated Washington Huskies team on the road. There is not much data behind this team because of just one game being played, but let’s dive into it as much as we can.

The Utes offense was supposed to be improved with the arrival of former South Carolina QB Jake Bentley but he showed a lackluster performance against USC. The offense only managed to put up 17 points thanks to less than 40 yards rushing from back Ty Jordan and two interceptions from Bentley. And it wasn’t even the case of the offense moving the ball and not being able to put the ball in the endzone as they also had less than 200 yards passing from Bentley and their first touchdown of the season came from the defense on a fumble return for a touchdown! They ended up being shutout the entire second half.

Despite this defensive turnover, the Utes D gave up nearly 400 yards of offense leading to easy touchdowns in the redzone. They tightened up in the second half against the Trojans but kept letting them get into field goal range which doomed the Utes who stalled on offense anyways.

With Oregon losing to Oregon State last night, the Huskies are in the driver’s seat to make the Pac-12  championship and presumably play USC. They played a close game against Oregon State 27-21, but this was also their first game of the season; since then they dismantled Arizona 44-27 and are undefeated so far on the season at 2-0 for what it’s worth.

What is worth looking at is the Huskies offense. They are averaging 35 points a game and actually more yards rushing than passing with over 250 a game! Controlling the line of scrimmage has helped the Huskies keep opposing offenses off the field as offenses so far have averaged less than 200 yards passing and rushing against them.

However what I like most about this Huskies team is that it’s not all one player doing the workload on offense. The 35 point average score from this offense has come from a variety of receivers and backs as Quarterback Dyland Morris only has two touchdown passes on the year and their leading rusher Sean McGrew only has two as well. Spreading the ball around to different playmakers always makes it hard for opposing defenses to game plan around which is why this scheme will give the Utes fits.

The Utes were on the verge of making the College Football Playoff last year, and as tough as a year it’s been for everyone, especially the Pac-12, this team looks like a shell of its former self through one game. The Huskies have momentum and more importantly more experience and talent on their side to take this one. The line currently sits at -7 in favor of Washington, I’ll be taking the points.