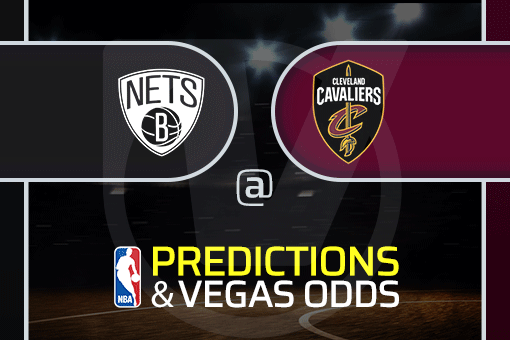 Steve Nash’s guys are No.1 in the East, and they have a nice chance to post another win that would only cement them on top of the conference standings.

Meanwhile, the Cavs are banged up with injuries. Problems with absent players are slowing down the franchise from Ohio following a superb start.

Brooklyn has been looking good and stable in the recent few weeks, and as a result, they’ve taken over the No.1 position in the East. The Nets won in the past two games, posting five triumphs in the previous six events. So, all in all, the top contenders for the NBA title have caught their rhythm.

Interestingly, the Nets’ defense ranks among the best in the league in several categories, some of them: the opponents’ field goal percentage, three-point percentage, true shooting percentage, etc. Even though many believe that Brooklyn’s success relies upon fantastic offense, the situation is different.

James Harden woke up, scoring 36 points in a 115-113 win over the Orlando Magic, in which Kevin Durant sat out due to a minor shoulder injury. KD should be ready for Monday’s event. Patty Mills added 22 points, while James Johnson with 17 and LaMarcus Aldridge with 15 helped off the bench.

Collin Sexton ended the season after tearing his meniscus. One of the NBA Rookie of the Year candidates, Evan Mobley sprained his elbow, Lauri Markkanen was in health and safety protocols, while Jarrett Allen struggled with illness. All these problems struck the Cavs in a short period. Therefore, it is no wonder to see them losing three times in a row.

It seems that Markkanen and Allen are going to be ready for this matchup, which will be a massive boost for the massacred roster. We just have to mention that despite being wounded, the Cavs still have a positive record and are one of the positive surprises in the NBA this season.

Head to Head – Nets Already Won One Meeting This Year

That event took place at the Barclays Center, and the hosts were better 109-99. Harden had 27 points, Durant 23, and Mills 21 for the winners, while Ricky Rubio scored 25 and Darius Garland 24 for the Cavs.

Brooklyn would be the absolute favorite, even if the Cavs played with the strongest possible lineup. They are the No.1 favorites for the title, while on the other side, Cleveland is in the process of rebuilding, with lots of young players who are still adjusting to the league and the new environment. Therefore, the Brooklyn win in this game is the only logical outcome, and we predict that to happen without any particular problems.