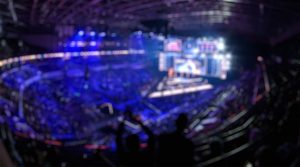 The Nevada Gaming Control Board has expanded the list of events esports fans can bet on. You can now wager on League of Legends, Overwatch and Call of Duty League competitions.

The latest event to become a viable esports betting market was the Call of Duty League, with the confirmation coming earlier today, Friday, April 17.

Adapting to these changes, DraftKings came up with an exclusive daily fantasy contest. Nevada has opted for a more piecemeal approach towards rolling in esports betting.

With nearly all professional sporting events on hold and activities such as table tennis being the most bet on sports out there, the regulator has been looking for alternatives.

However, Nevada’s gaming regulator is cautious in introducing esports events as the activity comes with a different risk profile. In other words, traditional sports fans might misconstrue an in-game avatar’s prowess and think that it corresponds to the real-world skill of football or basketball player, or even a racer.

Most simulators based on real sports, such as FIFA and NBA 2K, have been pulling good viewership. Yet, still not nearly as huge as eNASCAR, which drew 1.3 million viewers at its finest moment. The realistic appearance of eNASCAR is surprisingly entertaining to motorsports fans. Most have been happy with the quality of the production across the board.

Meanwhile, car companies such as Ford, Ferrari, Porsche, and BMW have all fielded serious competitors. This has helped make eNASCAR and motorsports racing one of the most exciting simulated races.

Nevada may stop here with rolling out legal esports market. Yet, as the regulator begins to comprehend the high demand for electronic sports betting, things could change pretty quickly to favor a more liberal market.