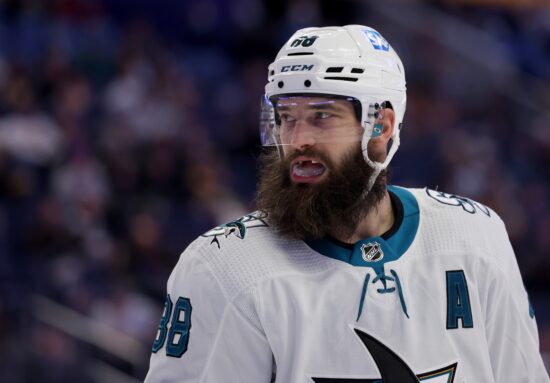 The San Jose Sharks will shoot for a fourth straight win when they host the New York Rangers on Thursday night at the SAP Center. Overall San Jose has gone 5-2 over their last 7, but it hasn’t been easy with four of those wins being decided in OT or shootout. The Rangers come into this matchup having had the last two nights off, but they’re also playing their fourth straight game West of the Mississippi which could catch up to them soon.

Rangers Have Owned the Matchup

This will be the first meeting of the season between these two teams that hail on opposite ends of the coast, but the Rangers are hoping that past success continues as they’ve won six straight head-to-head matchups in the series. New York has alternated wins and losses over their last four games, which may help them on Thursday coming off a 3-1 loss at the Kings last time out.

The Rangers are 13-7-2 on the road this season, and there are definitely worse teams away from their own ice in the NHL. That success away from Madison Square Garden is one of the reasons why New York has been able to hang tight in 2nd place in the Metropolitan, tied with Carolina with 50 points but having played four more games than the Hurricanes.

NYR has scored 4+ goals in four of their last six games, but have been held to just one each in their other two over that span. San Jose goaltender Adin Hill has been playing well as of late, so the Rangers may need one of those higher scoring offensive nights. That’s especially true with Igor Shesterkin still being out since January 2nd in the health protocols.

Can Sharks Finish in Regulation?

Give San Jose some credit as they are consistent. Their last three games have been 3-2 wins, with the last two coming in OT at Philadelphia and at home to Detroit. All total four of the last seven Sharks games have extended beyond regulation, but they are also 4-0 in those tilts.

The Sharks would seem to have a great chance of pushing their win streak to four in a row the way Adin Hill is playing in net, allowing two goals in each of his last four appearances. San Jose is still a slight +110 underdog for this meeting though, and that line is somewhat hard to understand even though the Sharks could be better at home going just 10-7-1 at the SAP Center this season.

Another reason San Jose is a home underdog in this spot is because of the recent dominance the Rangers have had over the Sharks with six straight wins. San Jose looks to have a great chance to end that streak though behind the likes of Tomas Hertl who had all three goals vs. the Flyers and Brent Burns who has six helpers the last two games.

New York being a -130 favorite is somewhat strange here. Hill hasn’t been playing badly in net for San Jose, and on the other end of the ice, Alexandar Georgiev has allowed 8 goals filling in for Shesterkin the last three games. Hertl, Burns, and Timo Meier are moving the puck well for the Sharks and if you can get them as home underdogs in this spot it seems like some great value to me.