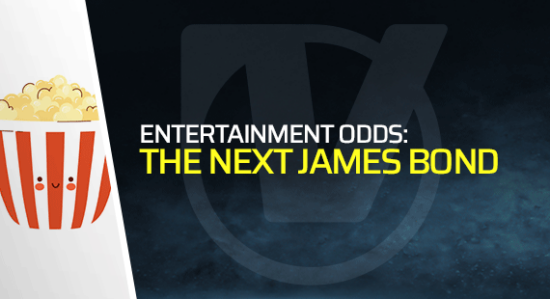 There are few more prestigious acting roles in the world than being able to play James Bond. To date, only seven actors have been able to portray the role, beginning with Sean Connery back in 1962. However, following the release of No Time To Die in 2021, it was announced that Daniel Craig would be stepping back from the role; leaving the door open for the next actor to fill his shoes.

Rege-Jean Page has long been the favorite to be the next James Bond. The 34-year-old starred in television dramas such as Waterloo Road and For The People, before finally getting his big break in 2020. His most successful role to this point came in Bridgeton, where he played Simon Basset.

However, he didn’t appear in the second series of the Netflix smash, as he reportedly only signed up for the first season. Page returns to the big screen later this year, as he plays a supporting character in Netflix’s The Gray Man.

Idris Elba is the second choice in the betting, despite publically playing down the chance to play Bond over the past 12 months. Elba revealed that he feels as though he may be too old to play 007 himself, but hasn’t ruled out the possibility of being in an upcoming film as one of the villains.

Elba would make history if he was cast as Bond, as he would be the first black Bond in the history of the franchise. There’s no denying that he would certainly be a great Bond, as he has starred in action titles such as Yardie, Fast & Furious: Hobbs & Shaw, and Takers.

Henry Cavill certainly looks as though he looks ready-made for the role of Bond. He is also no stranger to massive franchises, having portrayed Superman, in Man of Steel, Justice League, and Batman vs Superman: Dawn of Justice.

Cavill has spoken out on a number of actions claiming that he would love to portray 007, and he had his chance back when the franchise was rebooted over ten years ago. However, the director for Casino Royale revealed that they ultimately opted for Craig, as they believed that Cavill was too young.

A popular selection to be the next 007 would be Tom Hardy. The 44-year-old has constantly been rumored for the role given the huge success that the Brit has enjoyed throughout his career. Furthermore, he fits the bill when it comes to profile and age for 007 himself.

Hardy has constantly refused to get drawn into the speculation and has distanced himself from the chance of playing Bond. However, his work speaks for itself, as he has starred in no shortage of classics. Some of the most popular films that he has worked on include Venom: Let There Be Carnage, The Dark Knight Rises, Legend, and Bronson.

The betting market for the next James Bond is hugely competitive, with a range of established actors and celebrities included. Harry Styles is one of the more surprising picks at the current prices, as the former One Direction star is as short as +1000. His odds are shorter than esteemed actors such as Taron Egerton, Christian Bale, and Benedict Cumberbatch. Other celebrity picks in the market include Prince Harry, who is currently +25000, and comedian Alan Carr, who is a +50000 chance.

It’s hard to predict what casting directors will be looking for when it comes to the next Bond. But, we see Tom Hardy as the perfect man to replace Craig for the next reboot, which is expected to come in the next five years.