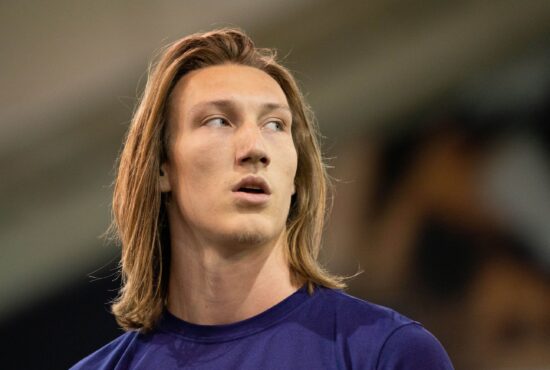 2021 NFL Draft odds have been already released and they all suggest pretty much the same – Trevor Lawrence is going to get picked as the #1 overall pick.

The Jacksonville Jaguars, who finished the last season with the worst record, will get to pick first in the 2021 NFL Draft. They’re followed by the New York Jets, the second-worst team in the NFL last season.

San Francisco 49ers come in as the third team, but not because they were bad last season. It’s because they got the #3 overall pick from Miami (who previously traded with Houston).

After Nick Foles moved to Buffalo in 2020, Gardner Minshew became the starting quarterback for the Jacksonville Jaguars. Minshew started off in the top gear, breaking the record for the number of TD passes and passing completion in Week 1.

He kept on playing well until getting injured in Week 7. Minshew fractured his thumb, for which he had to stay out of the roster for about two months. His replacements, Jake Luton and Mike Glennon did not do very well, which cost Jacksonville some valuable points.

The Jags certainly don’t want such a scenario to repeat in 2021. They need a quarterback who could not only provide a backup for Minshew but also challenge the starting QB position.

The quarterback who definitely seems capable of doing so is Trevor Lawrence, who last played frot the Crimson Tigers. The 21-year-old finished his final season in the NCAA with 3,153 passing yards (231-of-334), along with 24 TDs and just 5 interceptions.

Lawrence is thought of as the consensus first-overall pick by the Jags. The Tennessee native is favored to get picked, with the odds in the range of -5000. Just behind Lawrence is another quarterback, Zach Wilson.

The 21-year-old caught the attention of football fans as the quarterback for the BYU Cougars, who he led to an 11-1 season.

For many, Wilson has the potential to outshine Lawrence in the future, while some even compare him with Patrick Mahomes and Aaron Rodgers.

It’s almost certain that the first two picks in the 2021 NFL Draft are going to be Trevor Lawrence and Zach Wilson. The big question is who is going to be the #3 overall pick?

Oddsmakers currently favor the QB for the Ohio State Buckeyes, Justin Fields. However, it wasn’t always like that.

In late March, North Dakota St. QB Trey Lance was in that place, before being replaced by Mac Jones, the QB for Alabama.

At the moment of writing, Justin Fields is the favorite, but odds suggest Oregon’s offensive tackle Penei Sewell is not far behind. In fact, some bookmakers are giving the exact same odds for Wilson and Sewell to get drafted as the #3 pick.