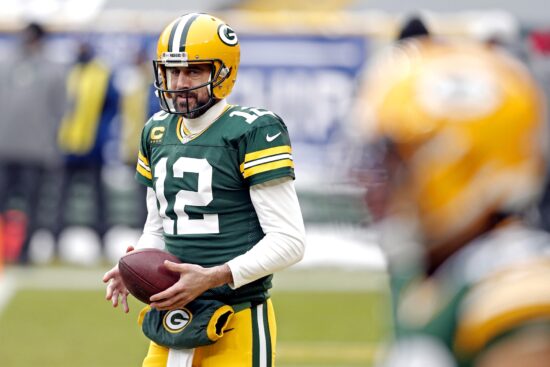 Aaron Rodgers and the Packs might give it another shot for at least one more season. It seems that the fantastic quarterback and the franchise from Wisconsin might make a deal to test their relationship and avoid an unpleasant scenario in which the veteran sits out the upcoming season.

The Packers apparently agreed to listen to their franchise face and give him more power than before. Sources close to Rodgers have announced recently that the three-time NFL MVP doesn’t plan to report to the training camp, and that seems to set off the alarm in the Packers’ management. Eventually, the player got a new deal, the one that leaves the door open for him to abandon the Packs following this year.

According to Adam Schefter, the last year of Rodgers’ contract is voided, and there aren’t any tags involved in this arrangement whatsoever. Also, after the end of this season, the Packers are obliged to “review” Rodgers’ situation, which practically means that they might have to trade the player if he doesn’t want to stay.

Certain mechanisms will be implemented in the team’s structure that would allow Rodgers to have more power in the decision-making process.

Packers are willing to take a risk here and allow their best player to leave next year, but on the other hand, they are giving him almost absolute control of the team.

Also, we need to mention that the two sides arranged some financial matters that would allow the Packs to have a more comfortable situation in the salary cap. It seems that the team will invest all that money in Davante Adams’ new extension.

Hogan Back in the NFL

The two-time Super Bowl champion with the New England Patriots decided to come back to the NFL following an episode in the Premier Lacrosse League. Hogan signed a deal with the New Orleans Saints following a tryout this Monday, impressing Sean Payton, who desperately needed a wide receiver following Michael Thomas’ surgery.

The No.1 target in the team won’t be able to play for a while due to his recovery, and the team had to find an experienced veteran that would help the remaining part of the receiving core. At the moment, Payton has Tre’Quan Smith, Deonte Harris, and Marquez Callaway in the WR depth chart.

Allen to Stay in DC

Ron Rivera wants to form a fierce defense, which is why he offered DT Jonathan Allen a four-year $72 million extension, with a $30 million signing bonus, and the player accepted it. This is a fantastic job for the WFT, who negotiated a deal with the young defenseman for a while.

With Chase Young besides him, Allen was a massive force in Washington’s defense, one of the best in the NFL, and arguably the most talented one.

Even though there weren’t in the playoff talks before the start of the season, WFT reached the postseason winning the NFC East division. They would lose in the Wild Card Round to the Tampa Bay Buccaneers.